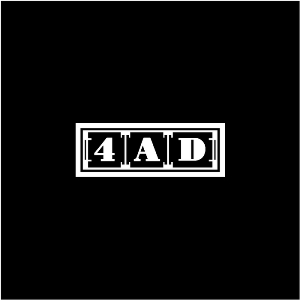 At the moment, in the land of kicks and snares the female vocal is undoubtedly king. Katy B helped make household names of Skream and Benga, Alys Blaze assisted Distance in attaining droves of Radio 1 airplay and D1 recently employed the vocal finesse of Jenna G in ‘Flood of Emotion’. These pairings seem to yield interesting, mixed results, ranging from arguably compromised sounds for the sake of chart accessibility to the emergence of the occasional full blown anthem, embraced by underground and mainstream facets alike. The latest single from Joker, ‘The Vision’ – led by former Sbrtrkt cohort Jessie Ware – thankfully, seems capable of the latter.

‘The Vision’ strikes a comfortable balance between the broken electronics we’ve come to expect from Joker and the sort of breathless hooks that shot Katy B to stardom; a legitimate pop song with the weight to inspire rapture in bass-weight worshipping throngs nationwide. Last year his remix of Simian Mobile Disco’s ‘Cruel Intentions’ garnered deserved widespread play, and ‘The Vision’ should really be the moment that Joker earns this mainstream praise entirely in his own right.

The problem is, however, that ‘The Vision’ seems to be ever so slightly less than the sum of it’s parts. Undoubtedly, Ware’s vocals are made for the radio – ideal for impassioned sing-alongs – and Joker’s instrumental is a typically engaging exercise in synth mastery, but the song as a whole fails to really elevate itself to greatness, a strong track rather than an exhilarating, absorbing chart assault or underground anthem. Don’t get me wrong, this is the sort of track that a more mediocre producer would smash up his moog to have made, but from someone as historically brilliant as Joker it’s not unreasonable to have expected something more substantial.