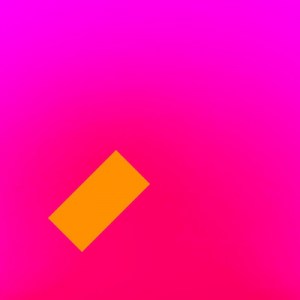 Jamie xx’s ‘Far Nearer’, before it is a good single, is a big single. There’s hype around anything that Jamie Smith does, obviously, and it can often border on the ridiculous, but despite being a smaller project in terms of size, the release of ‘Far Nearer’ seems much more of an occasion than his Gil Scott-Heron remix album.

Musically, ‘Far Nearer’ also seems to represent an occasion. I’m not going to use phrases like post-dubstep, because they’re silly, but Jamie xx (unintentionally, of course) represents the poster boy for a generation of middle-class Westerners enthralled by the possibilities of what you can achieve with a copy of Logic, some syncopated or swung drum patterns and some r’n’b acapellas. Let’s be frank, there’s a lot of music around right now that sounds like bad versions of Jamie xx, James Blake, Joy Orbison or Mount Kimbie, and I don’t mean that as a slight against any of those artists. ‘Far Nearer’ is likely going to become so ubiquitous that we might reach breaking point when it comes to the copyists, and that’s a good thing.

Because, really, after your hero’s released a track like this, how can you continue to copy him? ‘Far Nearer’ is nearer a full-on symphony than a track or a song; it’s almost seven minutes long, with a two-part intro, choruses, verses and constant development. In the age of the amateur, there’s a genuine feel of expertise to it, both in the way it’s structured and the way it operates harmoniously. Everything is in its right place, from the steel drums, to the children’s voices, to those divine, sun-cast synths. It’s also a timely slap in the face to the people who’ve spent the last year and a half dropping that played-out line about the xx reintroducing space to music – there’s no blank canvas here, every second drips with tropical pinks and oranges.

And the best bit, for me at least? The fact that it takes that most clichéd of modern dance music tropes, the thoughtlessly deployed r’n’b sample, and makes it the best part of the song. The vocal on ‘Far Nearer’ (no longer an uncleared sample, in fact, as it was re-recorded for the song) is a million miles from the tacky Aaliyah lines usually shoehorned into a breakdown; it’s its own entity, circling and narrating the song, and constantly keeping you on your toes. It might have taken eight months from its radio debut to come out, but what’s most important about ‘Far Nearer’ is that it sounds like it didn’t take far off that time to make. In an age where knocked-off digital “singles” are becoming more and more frequent, here’s something that sounds like the product of time, care and concentration. Jamie xx might not be as perfect as some make out, but he’s far nearer than a lot of you. Time to try harder.