It’s his first full-length recording for US metal stable Hydra Head, following his Record Store Day 7″ release, ‘Many Jewels Surround The Crown’ (which you can still stream here). It will be available on CD, 2xLP and a limited cassette edition that includes bonus demo tracks.

Prurient is the alter ego of Dominick Fernow, active in noise, power electronics and black metal circles since the late 90s, and boss of NYC’s Hospital Productions shop and label (home to the likes of Kevin Drumm, Akitsa and Wolf Eyes). Most recently he’s been contributing electronics as a permanent member of Wes Eisold’s Cold Cave.

His albums are always worth a look, but what makes Bermuda Drain particularly noteworthy is that it finds him moving away from the excoriating, treble-heavy noise sound for which he’s best known. Presumably informed by his work with Cold Cave (particularly 2010’s ambient split 12″, Stars Explode) and also his two superb, techno-leaning 2010 cassette releases as Vatican Shadow, Bermuda Drain is a melodic, structured and beat-driven synth record, albeit one that’s still pretty harrowing and far from easy listening.

In a recent interview with Noisecreep, Fernow explained how his apparent change of direction is not really a change at all.

“The melody has always been there [in Prurient music] from the beginning in the form of collage and sampling. Then later on, with burying synth lines underneath the noise. With ‘Many Jewels’ and Bermuda Drain, I simply reversed the pecking order. I have always been a fan of electronic music and in some way, have strived all along to make it.

“Upon a recent tour of Europe, I was constantly listening to minimal techno on headphones, driving at night through tunnels, and exhausted all of the records I had brought with me. The album is meant to satisfy that feeling. I’ve always felt connected to landscapes, moving through them, and their linear nature. Time passing. Watching as the world rolls over you while being divorced from it. The visual essence of feedback is a thin line, just like the structure of the landscape.

“The main criteria [for making Bermuda Drain] to begin with was that not a single piece of equipment, down to the pedals and microphones, could have ever been used on any previous Prurient record. The entire spirit of noise is about freedom and destroying boundaries. Anything can be a potential instrument. Laptops or number 2 pencils, synthesizers or plastic bags. I will never understand ‘noise’ bands who go out of their way to make the same record over and over.”

On June 17, New Yorkers can catch Prurient play his first show in the city in over two years, at Public Assembly in Brooklyn as part of the Northside Festival. More information here. 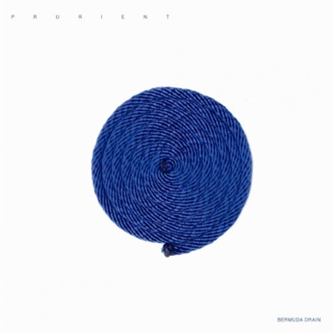