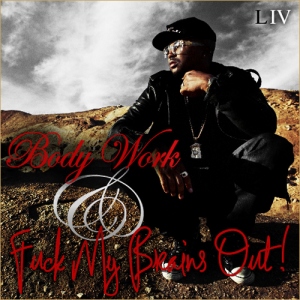 You don’t get more pompous than Terius Nash. On the r’n’b mogul’s homepage, he refers to himself as “the most loved, hated, controversial and honest artist today” (further down the page, he informs you of his recommended choice of car for Summer 2011 – guess what, you can’t afford it). His solo albums form part of a continuous “Love” series, and sometimes have either their own concept (see 2009’s Love vs. Money) or some sort of internal suite as their centrepiece (see ‘Yamaha’ / ‘Nikki Pt. 2’ / ‘Abyss’ from last year’s Love King). The first single from Nash’s forthcoming fourth album, L.IV (Diary of a Mad Man) is more than just a taster – it’s a two-part, nine-and-a-half minute epic. And it’s up there with the very best things he’s written.

Because, frankly, when you’re as good as The-Dream, you’re allowed to be pompous. ‘Body Work’, the first half of this new single would be remarkable from a lesser artist; from The-Dream it’s what you expect. Greatness clearly comes so naturally to him at this point that it’s almost annoying: moments like that stutter in the beat before “can’t breathe without ya”, the way that piano slowly builds in the background, the way his voice dips between “fuck what you heard” and “we can end that”, in the space of two lines. You can imagine it’s just like breathing at this point. He’s a master of structure, enunciation and production, and he’s barely breaking a sweat here. It’s like Nadal casually decimating someone in the second round of Wimbledon.

But then, on part two of the song, ‘Fuck My Brains Out’, Nash switches to third gear and there’s no touching him. His debt to Prince has been well-documented over the last few years, and here he paints the town purple like never before. We’re talking a nirvana of astral synth notes, heavy breathing, squeals and funk guitar, with sex dripping from every pore – and not just any sex, the sort of dominant, destructive sex that has women diving in lakes to get a piece of it (“Here’s a little something ’bout my ex, she thought she was a super-freak / she thought the sex was incredible, until she met me“). If there’s a more glorious musical moment this year than that bridge before the final chorus, with the mascara running, then I’m yet to hear it.