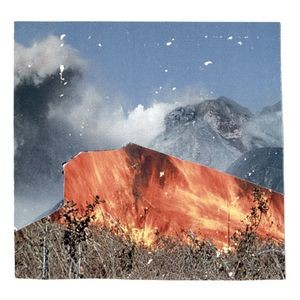 The band formally known as Vagina Wolf and Wulf Wulf have taken classic elements of roots R&B and given them a hyper contemporary appeal. Go Tell Fire To The Mountain invests a great deal of sound – to poorly paraphrase Oscar Wilde – in the gutter, only occasionally looking at the stars. A defeatist outlook of “we are beaten, broken and rejected”; the idea that fatalism has taken hold of their adolescence and cast a bleak prophecy. World Unite / Lucifer Youth Foundation is about aspirations unfulfilled and desires un-sated, finding solace in the idea that all we have is each other. In a society providing young people with mass unemployment, little job stability and impossible tuition fees WU LYF inhabit a socio-political core of the zeitgeist.

As the album breaks, opening track ‘L Y F’ builds with an electric organ. This procession music points to the group treating music as sacred, even precious – a nod to recording the LP in a church (with religion a recurring theme in the music it’s no wonder the band’s logo is a subversion of a crucifix). The organ ascends before guitars and drums motivate the sound, shaping the incidental music into a tune. The lyrics kick in and the drum rolls develop a pattern as loose as it is steady. What comes as a surprise on this record is how reserved it is. As the tracks elevate, the drums increase, and the guitars reach a point of eruption, there’s never any explosion in the music: no sea of distortion, no rockist’s orgasm. As ‘L Y F’ peaks the duties of delivering euphoria are passed to the vocals. In this case, the lyrics “I love you forever” take centre stage. In the face of the group’s partisan reception, both wild enthusiasm and vitriolic scepticism, such explicit acts of emotion are as much compassionate as they are a two fingered retort to those who dismissed them as cold and aloof. Meanwhile the guitars maintain their slowcore, meandering ways. The nearest the record comes to the secular democracy of white noise is on ‘Cave Song’ (a revision of an early demo track, ‘Lucifer Calling’). The group are clearly fine purveyors of pop history. Their balance of both the spiritual and the garage aesthetic places the sound firmly in roots recordings – gritty ditties of loving pop.

‘Such A Sad Puppy’, with lyric “My baby / my baby’s got no words for me / you know my brothers in jail / My father said son / oh son I can’t afford his bail,” furthers the idea that WU LYF are making roots Americana; the lyrics are drenched in morality, love and death. When the band set out several years ago their shows, oft shambolic and shirtless, were that of a DIY garage band, and as much as they’ve since shifted into glossier territories, their music has always been entrenched in arcane pop iconography and symbolism. Particularly outstanding are the striking vocals: loaded with reverb they command the sound whether solo, in call and response or layered with wailing. Vowel sounds are so heavily stressed that they overpower any hard sound; glottal stops drowned out by strained vocal chords or crackling voice boxes, often concealing the actual lyrics. With such emphasis on vowels whole words can be skipped, others amalgamated.

On a melodic and structural level everything here is nursery rock ‘n’ roll – wildly underwritten and devoid of signature, resulting in band members frequently hiding within the sound. Several tracks descend into reckless cacophony – ‘Cave Song’ and ‘Dirt’ being prime examples, despite the latter ending with the most resonant lyric of the record, “word unite and I’ll love you forever”. In other areas (‘We Bros’) this notion of the group as collective is placed at the forefront of the music; WU LYF, incidentally, at one point released a statement claiming that they “want WU LYF to be more than a band, in the same way FC Barcelona is ‘more than a club'”. This riotous mentality reigns supreme in the band’s aspirations, with one commercial release by the group being a paid-up membership to the Lucifer Youth Foundation. Unfortunately, such committed aspirations fall short of seductive with the utilitarian production techniques reducing the music to a congealed broth. Ironically, the problem in the recording is born out of their communal aspirations, with the group deciding to self-record – a consequence of their independent aspirations, despite funding the record from loans brokered against a modest publishing deal with Universal.

The most surprising element of Go Tell Fire To The Mountain though, is the unison. On previous versions of tracks featured on the record the stretched-out guitars offered the impression that our society was cascading apart; the snarling, spiteful renditions brought a cool terror upon the sound, none of which features on the LP. As the record sounds out with ‘Heavy Pop’, we hear a sparkle of piano before mezzo-forte chords ring, and a clean and vibrant guitar chimes. The lyrics, “but you know the freedom that my brother saw / it deep down / it in your heart,” come as a desperate cry. Go Tell Fire To The Mountain is a romantic outburst from a disillusioned and dejected group hoping to stand in the crowd but ultimately standing out.