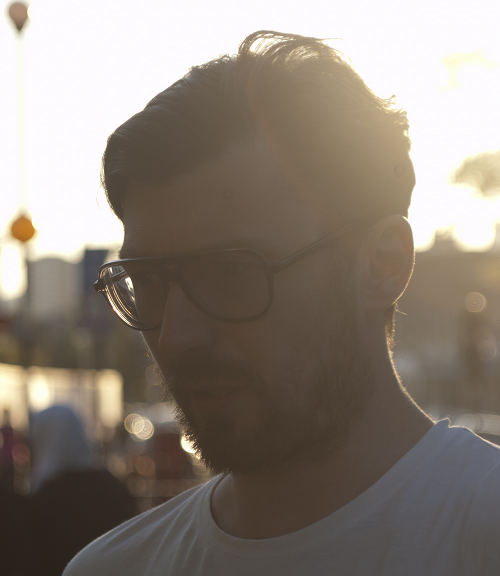 Isn’t it great when a producer looks exactly like their music?

Capracara makes trendy disco, releasing and remixing on labels like DFA, Grizzly and now the Hot City-affiliated Unknown to the Unknown. He’s also very good, as his new single for Unknown to the Unknown, ‘Silvia Solar’ proves. It’s out today, backed with a remix by Hot City, a low-res version of which we’re giving away right here. If you like it, buy it and stop the music industry crumbling (and so forth).

In more Unknown to the Unknown news, their YouTube channel has been kicking right off lately with a ton of footwork and Shangaan Electro uploads (for those who, you know, like their dance music fast) and the 100th subscriber to the channel wins a free glow-in-the-dark UTTU t-shirt. What are you waiting for?