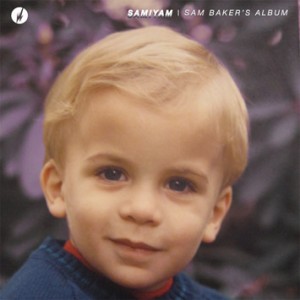 Over the last five years, Samiyam – born Sam Baker – has become one of the most ubiquitous names in beat circles worldwide thanks to a unique production style that has been often bitten yet never really equalled.

Originally from Ann Arbor, Michigan – the Bristol to L.A’s London when it comes to beats, as I mentioned in my review of fellow Ann Arbor native Shigeto’s debut album last year – Sam relocated to L.A around 2006/7. That move cemented his name and style thanks to support from the likes of Gaslamp Killer, Ras G, Flying Lotus and Kutmah – most of whom he would go on to join as part of the Brainfeeder collective. In 2008 he released his Rap Beats vol.1 CD – originally sold on Myspace – which would also become the first release on the newly minted Brainfeeder label the following year. He followed this with an EP on Hyperdub – still to this day one of the only non-“dance music” artists to have released on the London label – and then with EPs for Poo Bah and All City. And yet despite all of this Samiyam has never officially released an album as such until now.

The most striking, and pleasing, thing about Sam Baker’s Album is its innate simplicity, a simplicity that runs through various elements. Firstly, and most obviously, in its name. Then in its cover, a picture of what I gather is a young, cherub-like Sam Baker posing for the camera. And lastly, and most importantly, in its musical contents: 17 beats that are just that, beats – no pretence at anything else here but raw, unadulterated funk for your ears.

Despite its humble appearance, Sam Baker’s Album should rank up there as one of the most enjoyable post-Dilla beat tapes around. As Baker puts it himself in the press release – further emphasising the simplicity of the whole affair – this debut simply consists of “[his] favourite stuff”. And it’s the best possible showcase of Samiyam’s incredible talent when it comes to swung, synth-heavy music production.

Reviewing a beat tape track by track is a bit pointless, and so I feel the same way about this album. It’s first and foremost about feeling, and Samiyam’s music grabs you from the moment the beat drops to the moment it fades or disappears – generally not more than a couple of minutes later. If you like hip-hop chances are you will love this, if you like beats you should already know why you need this, and if you’re not keen on either but like the more experimental dance music output of the last few years than you should check it if only because you’ll might discover a world of musical wonder that you never knew existed.

Still, obvious highlights would have to include ‘Pressure’, with its instantly recognisable snare pattern, ‘Kitties’ with its hilarious intro, huge snare and cat sounds thrown into the mix or ‘Wonton Special’ which starts with Sam rapping before launching into more trademark Samiyam boom bap. Special mention should also go to ‘Cushion’, the lead track from the album and the one that feels most finished, despite being just as raw and funky as the rest. Simplicity is key here – great drums, great melodies and a ton of feeling – and keeping it simple is what makes Sam Baker’s Album maybe the best collection of boom bap beats you’ll see receive a full release this year.