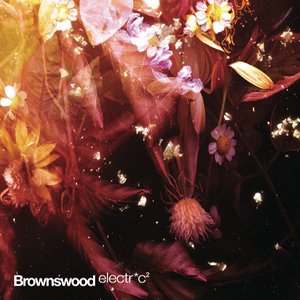 When it comes to modern dance music, Gilles Peterson and his Brownswood label have always shown an affinity for the more beatsy side of things, as well as more delicate takes on house and garage music (see his Radio 1 show’s support of Mount Kimbie, Koreless et al). Peterson is a soul boy with a jazz collection, and that comes through regardless of what scene or genre he’s concerning himself with.

Brownswood Electr*c 2, a new compilation from the label (probably more the work of Peterson’s assistant Alex Stevenson than Gilles himself, if its genesis followed the same process as its predecessor) is even more beatsy and delicate than the first Brownswood Electr*c, which featured tracks from Untold, Rockwell, Pearson Sound and Mosca. Peterson talks about “soundsystem culture” in the press release for this compilation, but the majority of this compilation is concerned with lonely desires and memories away from the heart of the dancefloor.

Which, obviously, isn’t a bad thing: Brownswood Electr*c 2 is a mixed bag, but some of it is truly excellent. Frederic Robinson’s sighing ‘Mood Swings’ is an instant highlight, playing out like Autonomic drum’n’bass painted in the same sound palette as Aphex’s ‘Flim’, while DJG’s tightly-swung ‘Automatic’ feels like it could do more (those individual drum loops are swung so nicely, but the movement of the overall structure feels a bit too rigid) but is still a dubstep cut of the swampiest, most paranoid order. Later on in the comp, increasingly impressive newcomer Jack Dixon gets to showcase his knack for pop hooks and big room structure with ‘By My Side’.

I’m not convinced by the compilation’s flow though, and there’s definitely material that didn’t need to be here. As well as the 14 tracks on this CD, Brownswood have two vinyl samplers featuring non-CD material planned; personally, I feel that the strongest eight tracks pressed onto two 12”s would have sufficed. There’s also a distinct lack of darkness on show. Brownswood Electr*c 2 may not be advertised as a UK-centric compilation, but the music it features owes a large debt to the UK, and could do with some of that same grit that birthed grime and dubstep (as El-B once put it, “big coat, intense, stressed out, gritty music”) to give it a bit of personality. It’s easy to forget that while Mount Kimbie and James Blake (two obvious reference points for a large chunk of this compilation) make delicate music, it’s dark music too.

Overall though, for fans of the music championed by Peterson’s Radio 1 show looking for new artists to obsess over, Brownswood Electr*c 2 will likely be a winner. It doesn’t always succeed for me, but a label shouldn’t be criticised for taking a punt on a physical CD and vinyl compilation when the most recognisable names featured are Synkro & Indigo and Jus Wan.