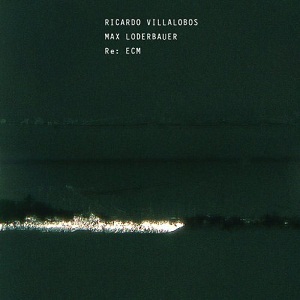 Munich-based label ECM has been mining a rich seem of sounds on the fringes of jazz, contemporary classical and world music since 1969. To mark the label’s 40th anniversary, founder and driving force Manfred Eicher commissioned two notable German-based musicians (not to mention long-term fans of the label) from two generations of electronica – minimal superstar Villalobos and Max Lodebauer, a man perhaps best known for his time in ambient duo Sun Electric – to deliver a remix project with a difference.

Re: ECM is an attempt to use electronics to build “sound structures” with reference to modern jazz productions, using the ECM back catalogue as source material. Given the circumstances, it could have been all too easy for Villalobos and Lodebauer’s venture to sink under the weight of four decades of musical history and the expectations of an informed and very particular “ECM audience”. That they manage to deliver a double CD (total running time two-and-a-quarter hours) that is both respectful of the label’s past and pushes its traditions in new and unexpected directions, is something to applaud.

Fittingly for a label that promises “the most beautiful sound next to silence”, the album begins with the contemplative ‘Reblop’, a reworking of a Christian Wallumrød track that pieces together frosty piano fragments and electronic insect atmospherics for nigh on five minutes before a delightful harp motif takes centre stage. ‘Recat’ is even more charming, an improvisation around Wallumrød’s ‘Music for one Cat’ that melds an intricate web of brushed drums with a delightful aquatic string melody, significantly sped up from the original.

‘Resvete’ draws hitherto unperceived parallels between the quiet and unsettling iconoclasm of Russian composer Alexander Knaifel and the glitchier end of ambient electronica personified by the likes of Oval. By contrast, the 1974 John Abercrombie track ‘Timeless’ is transformed from sun-drenched jazz rock into uncanny avant-hip-hop – more nervous breakdown in a tanning salon than blissful adventure on a tropical beach.

The next track, ‘Reemergence’, is, if anything, an even more radical gesture, stitching together the resonances of Miroslav Vitous’s double bass playing rather than the melodies to build a fascinating textural piece. Beats come to the fore for the first time on ‘Reblazhenstva’, which, together with its Russian choir, brings to mind a strange take on the airbrushed new age club vibe of Enigma’s ‘Sadeness’. Rhythm is even more prominent on the fabulous fourth world sounds of ‘Reannounce’. Ululating tribal vocals meld into sinister clarinet over a mesh of exotic, organic percussion – a personal highlight of CD1.

CD2 continues this fine work and shows how much thought has gone into the sequencing of these tracks, beginning with a reworking of the same source materials as album opener ‘Reblop’, but offering a shorter, sharper reprise with reverse elements. This is followed by the much longer acoustic glitch of ‘Reshadub’ and the sepia toned ‘Rebird’, a naif music box melody buried beneath a wall of shortwave interference.

Perhaps the most impressive pieces in the second half of the album are the cathedral of sound constructed from Arvo Pärt’s ‘Kondakion’ and the Bennie Maupin deconstruction, ‘Rensenada’, a slowly evolving hybrid of pellucid astro-jazz and off-kilter beats. Finally, ‘Redetach’ brings a real sense of closure to this audio journey with its slowly resolving 6am chords building on and taking over an earlier skittering rhythm; afterwards, you feel drained, cleansed and eager to start the journey again. This album is both a celebration of and a worthy addition to the ECM legacy. And, Villalobos watchers may be surprised to learn, not a techno beat to speak of.