Hip-hop producer of the moment Clams Casino will have material from his breakthrough instrumental mixtape released on vinyl.

Simply titled Instrumental Mixtape, it was originally released for free in the early months of this year, and featured lo-res mp3s of Clams’ productions for Soulja Boy, Lil B, Main Attrakionz and more. Since its release, Clams has seen his career firmly reach second gear, with a vinyl release for Tri Angle released late last month.

John Twells’ Type Records, traditionally purveyors of drone and dark ambient, will be releasing material from the mixtape on double-vinyl, simply under the banner Instrumentals. We don’t have a full tracklist yet, so it’s unsure whether some of the more obviously sample-heavy tracks will have made the cut, but we’re working on it.

Update: Tracklist is the same as the mixtape, but with all tracks listed as “untitled”. The package has also been remastered, with new artwork that you can see below.

Clams Casinos’ Instrumentals will be released on August 23. You can check out Clams Casino’s FACT mix here. 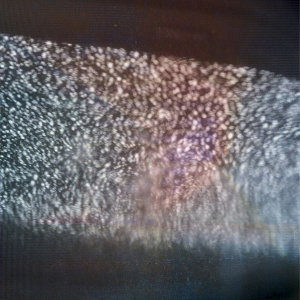