Lone: ‘All Those Weird Things’ 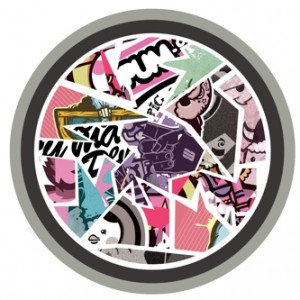 Lone has really found his sound over the last sixteen months or so, and although he’s occasionally in danger of repeating himself (to be fair, it’s hard to fault someone for taking remix commissions of the calibre that he’s received of late), he’s generally kept things fresh.

And the first half of ‘All Those Weird Things’, a new one-sided single for Nottingham label Wigflex is some of the freshest music Lone’s made to date, taking those fantasy house riffs that have become his trademark and pulling and panning them into some of the most psychedelic, aquatic forms they’ve sported yet. But then, after the breakdown, he shifts gear into… er, the sort of electro-house that even Erol Alkan got bored of years ago? Granted, it’s done with a certain jagged-ness that sets it apart from a lot of this kind of gear, but still – it’s really hard to love.