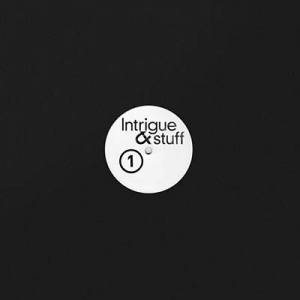 Talent, passion, a true sense of artistry – and more, even, a sense of there being a coherent pattern to an artist’s career, or an intention, let alone message, in a body of work – are definitely on the wane. Artist interviews seem to revel in the same banalities, and in an era of identikit RA charts, “underground” labels flirting with the mainstream for vacuous kicks and an endless, soul-crushing stream of soundalike records flooding the ether. A negative (and overstated) view for sure, but it’s getting harder to find artists who sound like their music comes straight from jack-plugs wedged into their brain, with all the glorious inconsistencies, wrong-turns, human frailties and bumps included. The future is airbrushed, a chrome sheen.

From his early career as the main driving force behind V/Vm onwards, James Leyland Kirby has been nothing if not an iconoclast. Although formally known for his appropriation and destruction/detournment of pop standards, his other work for V/VM and allied labels – as The Caretaker, The Stranger, H>OST as well as the original V/Vm name – started to move into darker territory, taking the splattered distorted style of the pop modifications and seemignly erasing the light at the heart, leaving a dark, droning, noise-filled void in some cases (for me the pinnacle of this being the amazing Stranger album on Pthalho from 1997) and in others (The Caretaker) eerie, time-displaced ballroom and “crooner” music buried under suffocating pillows of reverb and delay.

His use of the Leyland Kirby name came in 2009 after a hiatus following V/Vm’s cessation of activities. One incredibly well-recieved album later, focussing on a smoother, darker abient drone sound suffused with emotion – which, coming in a myriad of versions, itself refused to conform to easy expectation – was followed by the two Intrigue and Stuff 12″s, the first out earlier in the year and the second available now.

If all this preamble before the music itself is addressed seems a bit laboured, then be assured there’s a point to it. Kirby’s work – from the rough-as fuck, muddy hand on the white tablecloth early work of the Machine 7″ series, up to the painstakingly-crafted sounding LK album – is never anything other than personal. Even the reworking of pop music, rather then the sneering piss-take it’s often presented as, mostly comes across as an odd, idiosyncratic celebration. This is something to be applauded.

Intrigue and Stuff Vol. 2 is difficult in places, takes circuitous routes that seem baffling at points, and is clearly another highly personal release where no part of the content is there because a label, trend or critic has suggested it need be so. It’s also extremely powerful, mesmerising music which at 35 minutes long makes this 12″ EP better than a great deal of much more widely hyped albums. There are elements of (shudder) “hauntology” in here, with ghostly wordless vocals looped and layered on opener ‘Eventually, it Eats Your Lungs’, shrouded in white noise and eventually set off with a shrill organ line, the whole providing a queasy, disorienting effect. ‘Speeded Up Slow Motion’ even hints at Boards of Canada, with ’70s bell tones chiming against pulsing, too-fast arpeggiating synths which pan from ear to ear in see-saw.

The highlight, however, is final track ‘Complex Expedition’. With surprising hints of Pan American and Loscil, soft static and almost dubby bass merge with layered drones and chords, before giving way into interlocking synth and organ patterns reminiscent of Philip Glass (perhaps incongrously, his Candyman soundtrack), phased backward synths and more arpeggios. Despite its 20 minute length, it never seems overlong, and despite the several distinct changes in voice throughout it has a liquid, live feeling to it, never programmed or sequenced.

This release cements even further Kirby’s rep as a musician guided by a distinct and very personal vision. It’s easy to see why some could be put off – music requring an emotional investment from the listener is never an easy sell – but the reward for perseverance is some of the best music currently being released.