It’s been a long time coming, but now FACT can finally reveal full details of the debut album by Rustie.

Entitled Glass Swords, it will be released on CD, vinyl and digital by Warp Records on October 10. It’s Rustie’s second release since signing to Warp, following 2010’s Sunburst EP. Two years in the making, according to a press release it finds the producer “ushering in an otherworldly landscape…both epic and alien.”

If the above teaser clip of the album title track is anything to go by, it sounds like Rustie has been listening to some of Hud Mo’s Mahavishnu Orchestra records, and that like his old Glasgow mucker he’s using the LP format as an opportunity to pursue his most proggy and psychedelic inclinations. Of course, coming from the lad who made Jagz The Smack, it’s safe to assume that Glass Swords will also be rife with razor-edged beats and jeep-shaking subs.

The terrifically apt cover art can be seen below, along with the full tracklist. You can find more information on the album here, and pre-order it now from Bleep here. 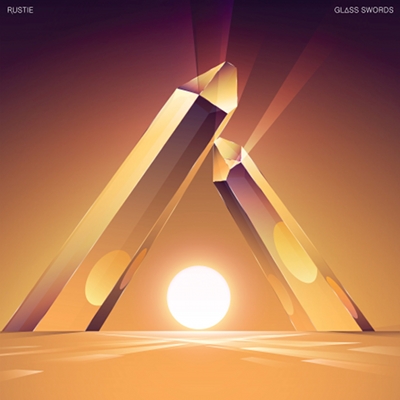