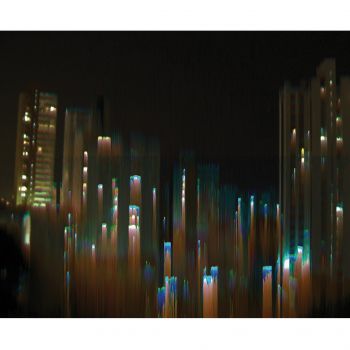 Editions Mego has never been a label to rest on its laurels, but even by its own prolific standards 2011 has been a busy year: so far we’ve had albums from, among others, Mika Vainio, Cindytalk, Russell Haswell, Florian Hecker, Mark Fell, Jim O’Rourke and Peterlicker, and that’s before we factor in reissues, singles and the output of its Ideologic Organ and Spectrum Spools sub-labels.

It’s with both pleasure and a little bit of a sigh, then, that we announce the release of another three new albums coming soon on the Austrian imprint. Among these, due out on September 29, is Get Lost – a new album by Emeralds guitarist Mark McGuire. It’s his third solo release on Mego in two years, following last year’s Living With Yourself and this year’s 2xCD compilation of cassette and CD-R rarities, A Young Person’s Guide To Mark McGuire, and it consists of all-new material recorded digitally with electric and acoustic guitar, vocals, and guitar-synthesizer between June 2010 and July 2011 in Westlake, Ohio and Portland, Oregon.

One of our most treasured 2011 offerings so far from Mego is their CD reissue of Bill Orcutt‘s A New Way To Pay Old Debts. Decidedly “unMego”, in the sense that it’s a wholly acoustic improv blues workout, label boss Peter Rehberg nonetheless recognised its radical and electrifying qualities, giving it a much deserved second lease of life after its original limited edition vinyl pressing. Now Mego is releasing a brand new work by Orcutt, How The Thing Sings. Available on CD and vinyl on September 20, it comprises seven tracks recorded earlier this year, and though no information about the music is available at present, it’s safe to say that they’ll be fiery live takes in the style customary for the ex-Harry Pussy guitarist.

Last but not least, 26000, a new album from Angel – the duo of  Ilpo Väisänen (one half of Pan Sonic) and Dirk Dresselhaus (Schneider TM). The five tracks gathered here “describe the last period of a 26000 years long cycle that leads to a new situation on this planet” (whatever the hell that means) and were recorded between 2008 and 2010 with guest contributions from Hildur Gudnadottir, BJ Nilsen and Oren Ambarchi. Instruments deployed include “glassbowls, metal objects, pieces of wood, grass, birds, dragonflies, lake echo, smoking box and the regular electronic equipment as well as acoustic instruments.” It’s out on CD and vinyl on September 29.

More information and pre-orders for all these new releases here.