John Maus: We Must Become the Pitiless Censors of Ourselves 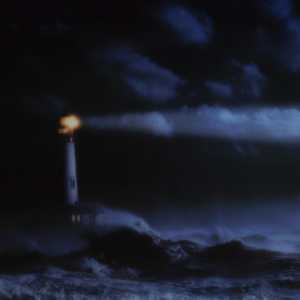 Available on: Upset the Rhythm LP

“Since it is sure of its ability to control the entire domain of the visible and the audible via the laws governing commercial circulation and democratic communication, Empire no longer censures anything. All art, and all thought, is ruined when we accept this permission to consume, to communicate and to enjoy. We should become the pitiless censors of ourselves.” – Thesis #14 from Alain Badiou’s “Fifteen Theses on Contemporary Art” (Lacanian Ink 23).

Rather than entertaining the philosophical outlook of Alain Badiou with a more assertive slant, or producing an album encircling Fifteen Theses on Contemporary Art, John Maus strives to imagine an impossible dialogue between the two. With a backdrop of modern philosophy, his new album decorates cute ideas of love and Utopia, employing techniques familiar to Ariel Pink’s Haunted Graffiti where the pursuit of experimentation takes place under a canopy of pop music.

It becomes increasingly apparent that Fifteen Theses on Contemporary Art is a less than malleable subject matter for an album though; unsurprising when Badiou’s Theses struggle to negotiate a philosophical landscape beyond their own narrow confines. An example of this relationship is revealed in concepts of novelty. Badiou posits that the desire for new forms cannot be a critique of Capitalism because Capitalism supports the endless pursuit of the new. On record, Maus sidesteps this fundamental conundrum, seeking permanence through instrumentation and evading the tricky subject of “the new” by hiding behind arcane synthesisers and ’80s synth-pop stylings – a position echoed in comments he made during a recent interview in which he said, “We have a lot of old synthesisers which can be mobilised today…they speak. They offer something to us that things like Apple plug-ins don’t. We should use them if the work necessitates it.”

Such woes reappear in Maus’ illustration of self-censorship through the use of obliterating reverb, so that any “inner narrative” exists in a “pitiless censorship”. Unfortunately, his songs of love fail the criteria, as Slavoj Žižek argues in support of Badiou, “True art has nothing whatsoever to do with disgusting exhibitionism.” We Must Become The Pitiless Censors of Ourselves is an album fraught by attempting an impossible dialogue. It stands, broken and wretched before some of the most striking thinking of our time.

Opening with rich arpeggiated melodies and Maus’ voice, caked in reverb, repeating variations of the lyric “we’re down under the street light,” a pair of contrasting synth layers depict two lovers. Less romance, more sexual enjoyment. Here we see Maus take the slightest of moments and peer lovingly over it, drawing out the pleasure through repetition and musical phrasing; the narration repeated in a myriad of ways as if to create a topological Utopia. The theme of sex reappears on ‘Hey Moon’: the scenario ostensibly similar, a couple under a spotlight at night. Maus’ vocals find themselves caught by a shadow, a deep rigid drawl, void of protest. Assertive enough not to be passive, his voice is far from musical, effecting a drab, neutral position lacking of any affectation.

This approach is epitomised on album closer ‘Believer’ which pedals euphoria to the nth degree.; the high tempo and animated vocals create the impression that Maus is searching for ecstasy in the sound. Piercing synths leap out before melting into the miscible aesthetic:  a landscape of rolling waves, of perfect dreams. ‘On Head For The Country’, where the structure takes a more angular form, Maus drops thick stadium rock chords amid the pop gloss, letting the similarities with his spiritual peer Ariel Pink really shine through in terms of both their shared aesthetics and the debate they engage in regardng the role of art.

As much the philosophy frequently referenced by Maus can propel his music into thoughtful, more considered territories, it seldom dictates its tone nor augments its sound. For all the debate that the music may encourage, it fails to mirror such ideas in a musical sense; too often these songs feel constrained by DIY ideologies and crude experimentation, and there are moments where the gulf between theory and sound could hardly be more distinct. However, despite the academic hoopla surrounding it, it’s impossible to sideline completely a record as loaded with liminal pop anthems as this one though, and doubtless some will find one of the records of the Summer in Maus’s latest exploration of the relationship between pop and philosophy.