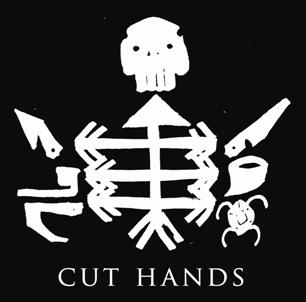 When a middle-aged musician reaches for his djembe and decides to make an album inspired by his love of African and Haitian music, it’s usually time to sever all attachments with said musician (wondering why you didn’t sooner) and reach instead for your nearest Whitehouse record. But what do you do if said djembe-wielding artist is Whitehouse – or, to be more precise, its founder, leader and sole constant member, William Bennett? Well, then it’s a different story. After all, Bennett isn’t Damon Albarn; nor  for that matter is he simply the progenitor of extreme electronic music and composer of such progressive titles as ‘Titpulp’, ‘I’m Comin’ Up Your Ass’ and ‘Rapemaster’. He’s many things to many people: the self-styled agony columnist Uncle William, the linguistics and unconscious communication expert at the helm of Tate-approved mass hypnosis project Extralinguistic Sequencing, the italo and hi-NRG selector DJ Bennetti, the outwardly polite, wryly humorous gent who’s a connoisseur of cruelty and perversion, one happy to rip off his shirt and let you know when you’re acting ‘Just LIke A Cunt’. If Afro Noise I is his mid-life crisis LP, then frankly we should all be fighting for front row seats.

Bennett’s fascination with African music and other aspects of its culture – its language, its iconography, its rituals, its plastic arts – is well-documented, and exists within his general omnivorousness with regard to human experience, power-play and superstition (other preoccupations include hypnotherapy, women’s magazines, self-help books, totalitarianism, the mythology of Christianity – on his blog he lists his always rangy reading, listening and viewing material with customary rigour). It’s Haiti, however, that first galvanised his interest in music outside Western tradition.

In a recent interview he explained: “In the mid-90s I saw a documentary on Haitian vaudou music, which fascinated me, especially seeing how they were able to make some of the most intense music with almost nothing: bits of metal, stones, simple djembe drums – certainly none of the technology that we’re addicted to here; from that moment on, I wanted to hear as much of this kind of sound as possible.”

Few can have expected Bennett to work that sound – or rather, that approach to sound-making – so carefully and cogently into his own music. In 1997 he released on his Susan Lawy label the seminal Extreme Music From Africa – styled as a “compilation” of material by African artists such as Godfrey J Kola and Jonathan Azande, it’s safe to assume that most if not all of the music was made, or at the very least remodelled, by Bennett himself – and in its focus on swarming synth noise and densely packed, pseudo-tribal percussion it firmly anticipates the sound design and spirit of Afro Noise I. Perhaps even more stirring than the music is the accompanying blurb, which rhapsodises Africa as “the dark continent of the tyrants, the beautiful girls, the bizarre rituals, the tropical fruits, the pygmies, the guns, the mercenaries, the tribal wars, the unusual diseases, the abject poverty, the sumptuous riches, the widespread executions, the praetorian colonialists, the exotic wildlife – and the music.” Trust Bennett, autodidactic scholar of abjection and abasement, to find the suffering of Africa (the pestilence, the violence, the subjugation) as artistically stimulating as its “beautiful girls” and “exotic wildlife” – the language he uses here is, put simply, romantic. Bennett once described Whitehouse’s predilection for imagery invoking and evoking sado-masochism, serial murder, eating disorders, pornography, torture and the like – as a means to accessing “pure human states”.  Few could deny that Africa in particular is a part of the world where “pure human states” are all too readily on display.

Over the next decade, Bennett collected more and more West African and vaudou percussion and sought to integrate it into Whitehouse’s work; indeed, three tracks on Afro Noise I were first heard on Whitehouse LPs: ‘Munkisi Munkondi’ on 2003’s Steve Albini-recorded Bird Seed (probably the finest recording of the band’s “late” period), ‘Nzambi la Lufua’ on Asceticists 2006 and ‘Bia Mintatu’ on their exhilarating swansong, 2007’s Racket (Stefan Danielsson’s cover art for the latter – a yellowing frieze of haunted black faces surrounded by razor-blades, insects, vomitus and gnostic symbols – compounds Bennett’s notion of Africa as the seat of banal human evil and occult horrors both). But what was important here wasn’t the third world provenance of Whitehouse’s instrumentation, it was the fact that they were using percussion at all – Bennett had promised, back in the 80s, that no one would ever hear a beat on a Whitehouse album, but now here they were, 20 years in, foregrounding rhythm.

I suppose it all comes back to Bennett’s aforementioned mid-90s realisation that “primitive” acoustic instrumentation can be just as visceral, brutalising and transporting as electronic noise – Racket‘s ‘Mouthy Battery Beast’ and ‘Dumping More Fucking Rubbish’ give equal emphasis to the rampant drums as to Bennett and Philip Best’s vocal hectoring, and the track which gave the Cut Hands project its name, Bird Seed‘s ‘Cut Hands Has The Solution’, is at once one of the most coruscating and accessible works in the Whitehouse canon, the duo sneering incitements to self-harm over an unnervingly steady, centered doundoun thump. Though there was little evidence of “organic” elements existing amid the caustic digital scree that characterised 1997’s Mummy & Daddy LP, it was the first Whitehouse album that I’m aware of to expand their customary sleeve note warning “EXTREME ELECTRONIC MUSIC – PLEASE ACQUIRE WITH DUE CAUTION” into “EXTREME ELECTRONIC AND ACOUSTIC MUSIC – PLEASE ACQUIRE WITH DUE CAUTION”. By the time of Racket, Bennett’s shifting priorities could be perceived in a simple change of word order: “EXTREME ACOUSTIC AND ELECTRONIC MUSIC – PLEASE ACQUIRE WITH DUE CAUTION.”

All this talk of precedents and forerunners may lead you to suspect that the predominantly instrumental Afro Noise I offers nothing new, but quite the contrary is true. Bennett sees ‘afro noise’ as not just as a self-contained project but as an entire genre, and this album shows he’s found myriad different ways to express himself within its paramaters. It’s a triumph not just of concept and composition but also recording – the drums, and every other element for that matter, sound harrowingly vivid. Even at its most sparse, there’s a splashy quality to the sound, a wetness, that stands opposed to the uncompromising aridity of vintage Whitehouse. I’ve never heard such mid-range and bottom-end beef from Bennett – so balanced are the majority of tracks here that the searing high-end tones of  ‘Nzambi La Lafua’ come almost as a shock (shocked by the use of extreme treble on a WB record? Now there’s a turn up for the books).

Bennett is an avowed Coltrane nut, and perhaps some of that influence can be detected on the widescreen opener ‘Welcome To The Feast Of Trumpets’, with its brass like a distant roar heard in the air over a pocked, corroded landscape of drones and clipped, stepping rhythm. ‘Stabbers Conspiracy’ bristles with voodoo energy, all layered, insistent tattoos that threaten to derange the senses and induce delirium, while ‘Who No Know Go Knows’ comes over like a particularly ragged, rough-house jazz drum solo. “In voodoo, the drum patterns are the calls,” explains Z’ev in RE/Search’s 1983 Industrial Culture Handbook. “If there’s going to be an invocation of a particular spirit-energy, it’s a drum pattern that calls that energy.” Z’ev’s assessment of much ethnic drumming as being “directly related to either ritual use, or communicational use, not music per se” could easily be a description of Bennett’s whole oeuvre – for, in its own scatology-obsessed way, what was Whitehouse if not an attempt to summon malign energies and confront them head-on, and so achieve a kind of self-knowledge?

“The drum is synonymous with communication in most cultures,” Z’ev continues. “There is this language to rhythm where there’s a meta-message occurring – almost a mathematical situation with repetition, refrain, like formulas repeated and transmuted this way and that way.” Bennett skilfully exploits the “mathematical situation” through Cut Hands, but what’s the meta-message? I’m really not sure, and that, I presume, is why I can’t stop listening to the record.

To be fair, you don’t need to dig too deep into Afro Noise I to detect an unusual sense of calm in amidst the frenzy and fury: Whitehouse’s catalogue is peppered with instances of “remission”, but I’m not aware of any past offering quite so unabashedly cooling and pretty as ‘++++ (Four Crosses)’, with its elegant, sedimentary string drones that wouldn’t sound out of place on a Dream Syndicate recording or even Fennesz’s Black Sea. ‘Impassion’ too is rather delicate by Bennett’s standards, tempting to describe as a kind of acoustic techno, so sensuous and hypnotic is the ebb and flow of synth-pad melody against fluttering but assuredly 4/4-aligned percussion.

It’s perhaps unsurprising that some of Afro Noise I‘s tracks intersect with the work of several operators from the cutting edge of contemporary dance music. The grid-unsettling syncopations of ‘Shut Up And Bleed’ remind me, tangentially it must be said, of Peverelist’s woody post-junglist productions, while the hovering drum patterns and wailing synths of ‘Rain Washes Over Chaff, ‘Welcome To The Feast Of Trumpets’,  ‘Stabbers Conspiracy’ and particularly album stand-out ‘Backlash’ recall 2010’s T++ EP, Wireless – a work which like Afro Noise took influence from African music while also trying to weaponise and re-mystify it with choice Western influences (for Bennett it’s noise, for Torsten Profrock it was UK garage). It’s impossible too not to mention Shackleton’s post-apocalyptic drum-dance and the dense, paranoid constructions of Muslimgauze (particularly Vote Hezbollah). I think also of New York’s Prurient, Bennett devotee and power electronics poster-boy, who in recent times has expressed his extreme frustration with the stagnant, same-old feedback tropes that noise fans have come to expect – his new album, Bermuda Drain, is inspired by techno and for the first time in his career finds him working with, yes, rhythm. Something in the air, perhaps?

Bennett has an interesting theory: that an artist is “incapable of admitting to their primary influence and will only articulate secondary or tertiary influences (in other words, less critical ones). Owning up to the primary influence – even to themselves – appears to take too great a toll on the artist’s illusion of identity and so it is generally not admitted to.” Can this same judgement be applied to Bennett himself and to Afro Noise? Perhaps the African influence is, after all, merely secondary, and the real motivation for the project is something else – a newfound contentment, perhaps?

“I mean, and this is coming from an absolute hardcore fundamental atheist, but there are moments within the music where you reach an element of spirituality,” Bennett said recently of his drum-oriented studio sessions. “It’s reaching some sort of higher level, it just makes you want to clench your fists and grit your teeth, it creates an incredible excitement.”

Afro Noise I does indeed create an incredible excitement, and you should buy it:  it’s one of only two or three albums released this year that deserves your time, your money and your attention. Cut Hands has the solution.