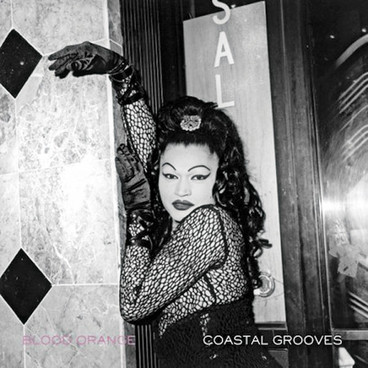 Shifting between aliases and musical projects can either be seen as the result of a restlessly creative spirit or a lack of direction. One man who’s incapable of sitting stillDev Hynes: whether sowing the seeds for nu rave with Test Icicles, making grandiose country-pop statements as Lightspeed Champion, or lending his production prowess to everyone from Solange Knowles to Florence Welch, his musical choices have generally been as fleeting, varied and hard to predict as the contents of his wardrobe. Blood Orange is his latest solo project, and one can’t be blamed for approaching its debut full-length offering with a mixture of curiosity and trepidation.

While his last solo release, Lightspeed Champion’s Life Is Sweet Nice To Meet You, jumped between genres with a schizophrenic lack of focus, Coastal Grooves arrives more coherent and fully-formed. You can unearth fragments of music from the last 30 years scattered across the album – the genre cross-pollinations of Blondie being an obvious touchstone – but there’s never a sense that Hynes is trying to replicate a specific sound. The singer claims he drew inspiration from the “identity blurring work of transgender icons such as Octavia St Laurent”, and he seems to have achieved a newfound confidence by embracing the ambiguity allowed by an(other) alter ego.

Though it comes as no surprise that Hynes has turned to the indie and plastic funk of the 80s for inspiration, it’s easier to hear his music filtered through the raft of other acts that have mined similar influences in recent years. Opener ‘Forget It’ is the kind of straight-jacketed strumming re-popularised by The Drums, while lead single and album highlight ‘Sutphin Boulevard’ echoes The xx’s ‘Intro’ in its basic but insistent bassline, stomping drum beat and reverb-laden guitar; the soundtrack to late night prowls through red light districts. Meanwhile Hyne’s voice alternates between the pained earnestness of, say, Bloc Party’s Kele Okereke on ‘I’m Sorry We Lied’, and the seediness of early Prince on closer ‘Champagne Coast’, his enticements to “come to my bedroom” nowhere near as repellent as you’d expect.

As its name suggests, Coastal Grooves was put together in both New York and LA, a polarity reflected in tracks like ‘S’Cooled’ and ‘Instantly Blank (The Goodness)’, where dirty East Coast grooves are married to the laidback, buoyant guitars of the golden state in a way that only an alienated Brit abroad could manage. With a capricious talent like Hynes it’s hard to tell whether or not Blood Orange is just another moniker that will be soon be discarded in favour of another; Coastal Grooves suggests it’s one worth sticking with a little longer than usual.