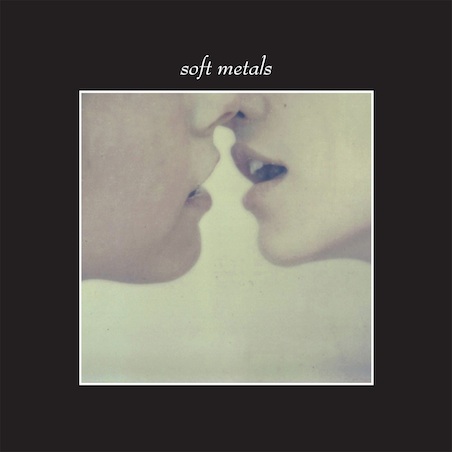 Despite the name, Portland, Oregon duo Soft Metals have precious little to do with the schlock-rock balladry of a Heart or a Whitesnake. Rather, what heart they do have beats to a different kind of 80s drum: a synthetic one. Ian Hicks and Patricia Hall’s love of classic synth-pop is evident throughout this debut album. Don’t look to Soft Metals for a groundbreaking listening experience, but if you want to hear familiar sonic territories being explored with charm and panache, you won’t find much better than the duo’s self-titled debut.

Hall and Hicks began as collaborators and ended up as lovers and, as a consequence, a number of the tracks on the album – ‘Voices’ for instance – have the intense dreaminess of new love; all whispered messages and eyes-wide wooziness. European arthouse cinema is another touchstone for the couple, who have been known to drop names from Hitchcock to Florian Henckel von Donnersmarck in interviews. Fittingly, therefore, much of Soft Metals would sound right at home on Giorgio Moroder’s soundtrack to the 1984 reissue of Metropolis: particularly the angelic android choir practice of ‘Celestial Call’ and the pulsating urban night ride of ‘The Cold World Melts’. Elsewhere, there are hints of acid house on ‘Pain’ and ‘Do You Remember’, although Hall’s pure-sounding voice (echoes of Jane or Virginia Astley) conjures a very different vibe to the sleaziness of, say, Jamie Principle.

Soft Metals consistently forge their familiar machine sounds into ear-catching shapes, but are perhaps at their best on the swept-up-in-the-moment languor of ‘Always’ and ‘Eyes Closed’, the latter especially rewarding in its combination of rapture and rambunctiousness as it builds layers of effects to a delightful climax.