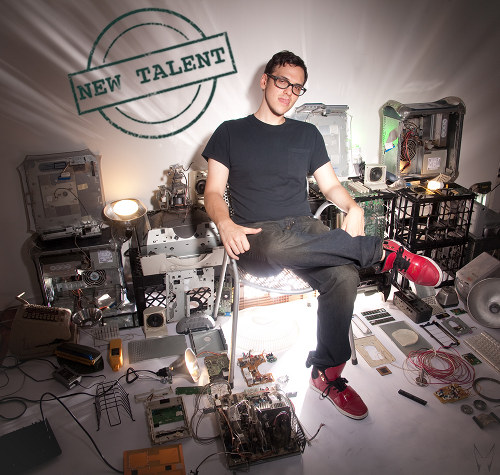 Distal can turn his hands to everything from the deepest dubstep to the most juked-out club tracks, and the results never seem diluted; rather, they feel like a consistent series of experiments from someone simply in love with music.

Speaking to him, he’s exactly as you’d expect from his music: inhumanly enthusiastic and eager to elaborate about anything he’s asked, and even stuff that he’s not. He’s already released a substantial amount of music in the last 12 months, but you’re about to hear a lot more: ‘Boss of the South’ and ‘Angry Acid’, released on Grizzly and Tectonic respectively (the latter features a certain R. Ellis on additional production and mixdown) represent his two best singles to date, and he’s currently putting the finishing touches to an album for Tectonic.

We spoke about footwork, synaesthesia and taking your shoes off in the club.

You seem every bit the modern dance producer – tons of releases scheduled for various labels, flitting between genres, your own label – is that a pretty fair description of you?

“Yes, very. I like to produce and DJ music at all tempos and moods. Being eclectic is becoming more and more of a rarity lately. Plus I’m a bit ADD in the studio, I can’t get stuck making the same thing for too long or I’ll go crazy.”

Do you find there are certain constants that crop up in your productions though – certain things that, consciously or not, bind everything together a little bit?

“I honestly can’t see any myself, but I have close mates who tell me they hear similarities in my music that brand it. I’m happy I can’t hear it but others can. I try and experiment with as many aspects as I can.

“There are things I did for a long time that I know I did actually. I don’t think I used an actual kick drum all last Summer, I just let the 808 bass drum carry the whole tune. There are signature things I think are always acceptable and I constantly tweet about – namely Dominator hoover, gun samples, vocal chops of the word ‘hey’ and 808/909 rimshots.” 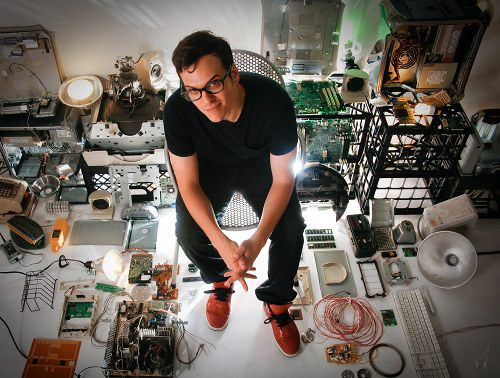 Well you’re obviously really into juke and footwork. For me the tracks where that comes out are your strongest. How did you get into that stuff? Did it have any presence in Atlanta at all?

“Two tracks in particular got me into the whole idea and concept of footwork and juke. First, DJ Slugo – ‘I Ain’t Yo Baby Daddy’. I accidentally ran across this track online and started blending it late in my DJ sets with old jungle and hardcore for fun. I did some quick research on Slugo and found videos of school children footworking in the hallways on one his Chicago Juke DVD. The whole thing was bizarre and the fact that the whole movement was grassroots was intriguing. Shortly after I heard ‘Footcrab’ from Addison Groove and I could not get the beat out of my head. There was something in that rhythm when you slowed it down. That’s when I wrote ‘Boss of the South’ which isn’t really juke, but started me on my way towards those type of ideas in my music.

“My label Embassy and our friend Captain Crunk ran a small night of juke/footwork/booty music in ATL last year with DJ Assault as a resident. We brought out DJ Rashad for one of our last ones. That was about as much presence as I could generate in this town. At most we had 100 people through in a small club. It’s hard to hold it up on your shoulders alone! I’m still working on it here. It was good though because that was the start of a good friendship and business dealings with Assault who is now doing remixes for my label. Also Rashad and I have a tune dropping on Well Rounded that we did while he was here.”

Do you still run clubnights in Atlanta? Or do you not have so much time now?

“I’m always working, but things have been picking up at warp speed so much lately with my musical career that I’ve been contemplating taking a smaller roll in the scene here in ATL. Promoters don’t get enough praise ya know! It’s a hard joy. Give your local promoter a hug.”

Back to footwork, I find it really exciting how now it’s found more international exposure in the last couple of years, there’s a ton of people adapting it into really unique forms. And I feel like it’s great having a bit more of a throw-down, trap attitude back in dance music, even if it’s just in the samples. Would you say you fall under that type of description?

“Very much so, I’ve heard a few different variations of the genre over the past year, each unique in its own way. I think the main thing that is inspirational for a lot of the masses is the fact that its going back to its original form with simple ideas; regardless of the varying forms they still have a basic recipe. Keeping things uncomplicated works wonders in dance music.

“I would agree you could probably throw me under that category. People often tell me they think my stuff sounds unique to the genre but I still think I make some classical sounding juke tunes from time to time. Keeping it street is definitely important though, you’ve got to find a nice balance of soul and trap in juke and footwork, and I’m not talking about soul music, I mean literally heart, substance, intelligence behind very hood ideas. Nothing worse than a boring ghetto-house tune. Sometimes the same idea that can make something completely stale can also sound beautiful if done correctly.” 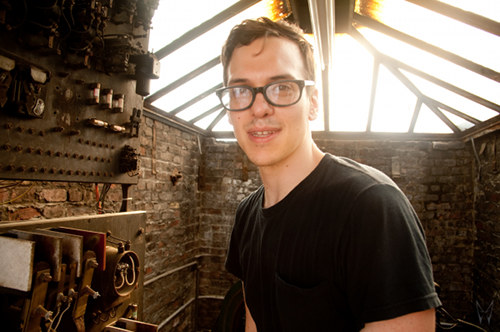 How did you first get started making music? Was there stuff before dance music?

Well when you, er, graduated to making dancefloor stuff, what were you making? Any particular stuff/scenes that were shaping it?

“Around the time I opened my first sequencer I was heavy into breakcore, gabber and hardcore. My close friends always joke about how they can still hear it in my music. My buddy Shortstack always signals me when there’s a gabber clap in one of my tunes. I love old hardcore though, it made me who I am and still influences me today. It was the gateway for my creativity.”

What about it particularly appeals to you? Is it a similar thing to footwork – really raw, simple ideas executed really well?

“First the energy the music has. It gives you a certain feeling when you’re playing it and dancing to it that you can’t really get from much else. The way the super-low sub usually just sits there and reverberate constantly, the rest of the song seems to just dance on top of the subs with large amounts of room in between.

“I love the fact that there is no particular ‘bar’ set for standards. Anyone is allowed to put something out and the quality of the production doesn’t necessarily have to be there for it to be a hit. Most of the best songs I’ve heard have been on YouTube and at real low qualities. People aren’t concerned with whose production is best, but rather whose ideas and hooks are the best.

“The music is so inherently human to me. I love when you can tell it’s been hammered out on an MPC. I love it. I like sloppy music.

“Footwork’s grassroots effort to the top has been amazing. Nowhere in the world will you see that wide range of people come together to footwork except in Chicago. And no one will ever do it like them. Although we do ‘get buck’ in the south. Watch out for that one.”


“I love when you can tell music’s been hammered out on an MPC. I love it. I like sloppy music.”

I was reading something about your mild synaesthesia and how it dictates the colour of each release on your label. Does it affect the music you make? Like do you sit down and think ‘I’m gonna make a blue tune’, or ‘I want to get this tune a little more red’? I was reading a while ago that Clams Casino always searches colours in Limewire when he’s looking for texture.

“I always see music in shapes and colours. Maybe not as hardcore as some naturally synesthetic people I’ve read about, I believe everyone has the ability to interpret music to colour using mood as a guide. Usually sounds have a certain shape and colour for me. When I collab with people it’s always funny to hear one another say things like ‘I want something square’ or ‘how about something purple right here?’ Those descriptions might not mean anything to your average Joe, but somehow it’s a language that producers usually can understand between one another. I don’t necessarily sit down and say I want this colour tune or that colour tune, but the song usually takes a colour while making it. The process is where I see most colour being added to the mix.

“I love dictating colour for releases with Embassy, and I find it funny when I think about colour for other people’s music and then reference the art and bam – it’s the same colour I had in my head.”

How’s your album coming along for Tectonic? And what else do you and Embassy have coming up, release-wise?

“My album is coming along really well right now. I’m almost finished with it and have kept true to my original adjectives I wanted to run with. I’m trying to figure out if I want the album to be eclectic with a loose theme or keep things in the same vibe with strict themes. Close colleagues I ask seem to agree with the eclectic approach, but I might try for something different this time around – who knows? Either way I’ve got a monster amount of ammunition I’m confident in for the album.

“Embassy has got such a solid line-up coming up. We’re about to release the Clicks and Whistles release on Vinyl in a week or two. This will be our first vinyl release. It’s already out digitally, but we will be doing a re-release with my remix on the flip along with the vinyl.

“Up next we have an release with Houston’s Wheez-ie with remixes from DJ Assault and Salva. I’m really in love with the tunes we chose. I’ve been playing the lead track ‘Barefoot Billy’ for about a year now. The hook goes ‘In the club, no shoes, In the club, I ain’t got no shoes on’, and I’ve seen people take their shoes off to the track.”