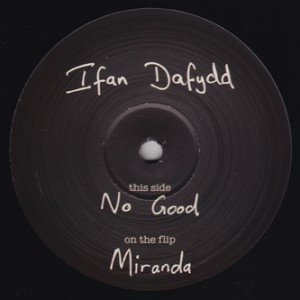 The first thing you think when you hear Ifan Dafydd’s ‘No Good’ is that it’s either James Blake working under an alias or someone massively ripping him off.

It appears to have emerged however, that Dafydd bears some relation to Blake – either an ex-flatmate or his cousin. Presumably they’ve shared some tricks with each other: the vocals on ‘No Good’ (sampled, in timely fashion, from Amy Winehouse) are re-pitched over each other in the manner that’s become Blake’s trademark in the last two years, and the chords sound like they’re squeezed from the last breath of a dying organ – another touch that’s all over Blake’s music.

Overall, ‘No Good’ sounds fantastic, but it’s so Blake-esque that it’s hard to take it as much more than a sidenote to Blake’s career at this point. However, as Dafydd’s first release, it certainly displays more than enough ideas and compositional know-how to mark him out as an artist with the potential to step out from the significant shadow he’s currently working under.