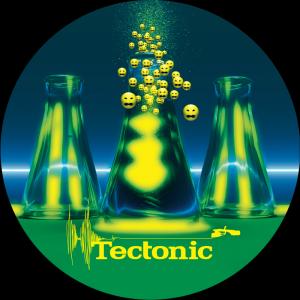 There’s probably been more 303 basslines in UK music this year than there has for over a decade. Sometimes, such as on Blawan’s ‘Bohla’, they add a sense of demented, overheated drama that simply can’t be achieved with anything else. Other times, let’s face it, they can seem a little tacked on.

Distal’s ‘Angry Acid’ is the recently-featured Atlanta producer’s first single for Tectonic, and it lives up to its name. Rather than feel tacked on to an existing track to effect, the 303 bassline drives and dominates it, thundering forward like a runaway train while the 808 bass drums get more and more overdriven. Irresistibly straight, and undeniably potent.