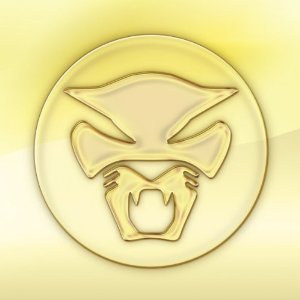 It doesn’t feel like there’s a lot left to say about the torrent of beat-driven experiments pouring out of L.A. over the last few years. In 2011 we’ve already seen noteworthy releases by Brainfeeder stalwarts Samiyam, Teebs and Mono/Poly, with each artist offering their own take on the “L.A. sound”. Yet by and large these releases were the products of one man’s love affair with his laptop: even Daedelus’ more hardware-driven Bespoke (admittedly released on Ninja Tune) possessed this feel, stitching together breakbeats with analogue synth sounds.

Thundercat’s Golden Age of Apocalypse is arguably the first album to come out of this scene from a committed instrumentalist with a background in live performance, something that has a clear impact on his sound. Chances are you’re already familiar with Stephen Bruner through his collaboration with Flying Lotus on Cosmogramma‘s ‘Mmhmmm’, and depending on your musical inclinations you may also have heard him lend his bass playing to artists as diverse as Snoop Dogg or his own thrash metal band Suicidal Tendencies.

‘Mmhmmm’ is a good vantage point from which to assess Golden Age, as Lotus helmed production duties on the album and was the instigator for getting it compiled in the first place. With Cosmogramma, the producer surprised many by moving away from the hip-hop roots of the scene he helped create, towards a more consciously jazz aesthetic (in terms of scope and ambition if not always in sound). In this context it’s easy to see Golden Age as a joint effort between two kindred spirits, as well as a natural successor to Ellison’s third LP.

The album opens with ‘HooooooO’, a tongue-in-cheek jazz funk homage to the titular cartoon characters, before ‘Daylight’ sets the true tone for the album: sharp-edged drum pads crashing against vaulting synths then collapsing into waves of arpeggios, the whole concoction smothered in ethereal chimes and tender vocals. Despite being explicitly the work of an instrumentalist, Golden Age is far more than a platform for Bruner’s bass playing. Whether bubbling underneath tracks like ‘Goldenboy’ or sprinting in tandem with G-Funk synths on ‘Fleer Ultra’, his basslines provide just one voice in a conversation between an array of musical elements that runs throughout the album.

The 13 tracks on offer here were compiled over a number of years, which makes for a refreshing degree of variation over the course of the album’s 37 minute running time. Take the low-slung groove of ‘It Doesn’t Matter To You’, which sounds all the more raw and live when rubbing shoulders with ‘Jamboree’, its shuffling beats and octave-spanning synths reminiscent of the fidgety electro-funk of fellow Californian resident Dam-Funk. ‘Is It Love?’ and the George Duke cover ‘For Love I Come’ are probably the best showcases for Bruner’s undisputed talent, his effortlessly soulful voice carrying both songs, occasionally giving way to dexterous displays of bass playing or evocative, echoing keys.

Elsewhere you’ll find the silky strut of ‘Boat Cruise’ and ‘Seasons’, which look back to the melodic fusion of jazz and soul peddled by the likes of Roy Ayers. These are productions that would fit as comfortably into sets by Gilles Peterson as those by Gaslamp Killer, and while the album occasionally veers a little close to easy listening territory – you’re best to avoid the laidback inanity of ‘Walkin’ altogether – it’s rescued by FlyLo’s frequently intricate and eccentric production. I’ve already mentioned jazz as an obvious touchstone for the album, but it never descends into the freeform indulgence that occasionally mars the genre, with none of these tracks outstaying their welcome.

Not, then, the album that some Brainfeeder fans may have been expecting, but it opens up some exciting new possibilities for the label as well as the scene in general. As much as this is a debut album for Thundercat the solo artist, it can also be viewed as a further attempt by Flying Lotus to explore his own jazz heritage, and it’s this focus on the possibilities of combining supple live instrumentation with rigid, artificial sounds that has secured Thundercat his own niche in a crowded marketplace.