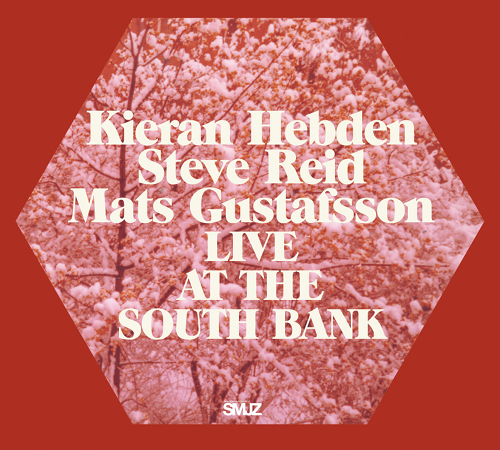 “What’s happening here is a special relationship, like Miles and Coltrane, or Dizzy and Bird,” said the jazz drummer and percussionist of his work with Hebden (aka Four Tet), which yielded four acclaimed albums on Domino. The fifth and unfortunately final chapter in the story is a 2xCD/LP – with sleeve design by Kim Hiorthoy and notes by Rob Young – capturing a concert given by Hebden (electronics), Reid (percussion) and Swedish “power saxophonist” Mats Gustafsson, who has previously worked with the likes of Sonic Youth, Jim O’Rourke and Akita. The performance took place in the foyer of the Queen Elizabeth Hall at London’s Southbank Centre on June 20, 2009, as part of the Ornette Coleman-curated Meltdown festival.

Reid died on April 13, 2010, bringing to an end an illustrious career that had seen him work with the likes of Miles Davis, James Brown, Freddie Hubbard, Dionne Warwick and Sun Ra.