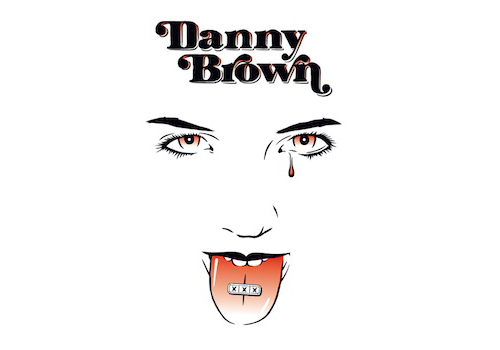 You’d be selling Brown very short though, especially considering that the Detroit rapper has been building an underground following for the best part of a decade (the oft-cited story is that 50 Cent wanted to sign him to G-Unit, but didn’t like his look – which currently consists of skinny jeans and an asymmetrical hair-cut).

Yes, there’s plenty of Tyler present in XXX’s wilder moments, which are occasionally hate-filled and bordering on misogynistic (something countered, at least to some extent, by ‘I Will’, Brown’s refreshing tribute to cunninlingus), but overall it’s a remarkably diverse album that at times echoes DOOM’s dusty third person narratives and the drugged-up nihilism of a certain other Detroit rapper before he turned rubbish. Something that particularly informs the album is Brown turning 30, a subject that takes centre-stage on XXX’s closing track, ’30’: