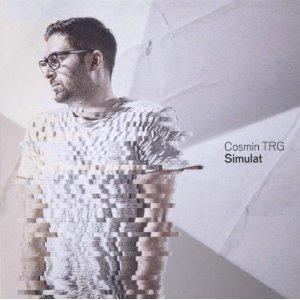 It’s been a fairly circuitous route that Cosmin TRG has taken. Over a breathtaking array of labels, he started with the garage and 2-step sounds of his early debut and moved through dubstep and house to something tougher, rigid and yet retaining the fluidity of his earlier records – his new work, primarily for Modeselektor’s 50 Weapons label, referending his own past whilst simultaneously striking a future-looking pose. Hard to believe that this is his full-length debut with a history taking in 20+ 12″s.

It’s also a little bizarre that his newest records are still often talked about in couched, guarded terms, as if he were still dropping swung broken rhythms on Tempa. For all his “grasp of bass weight”, or “swung drums”, this is strictly techno territory – the 4/4 pulse is omnipresent throughout the whole album. From his first single for 50 Weapons, the truly majestic ‘Separat’/’Izolat’, there’s been a muscular European underpinning to the sometimes naive synths. This is taken to its logical conclusion throughout Simulat, with lines reminiscent of Zomby backed by round knobbly bass and heavy kicks.

There’s a peculiar air all the way through Simulat of melancholy, or maybe nostalgia, with the aforementioned synths coming over like 16-bit arcade soundtracks tied to a Proustian headrush of youthful memory. When contemporary techno is so often suffused with darkness, a blank gloomy patina which evokes gothic introspection – definitely not a bad thing, but a sometimes overused trope – these tracks hark back to earlier times; evoking artists like B12 and releases like the ‘New Electronica’ label series, wearing emotion on their sleeve. Sometimes taken as a whole the album can be a little cloying as a result, but individually almost every track stands out as a breath of fresh air from the drone-borne, darkness-clad minimal beats that sit as it’s contemporaries.

Individual highlights come in the acid driven ‘Fizic’, an early album precursor on 12″ single; the fabulous ‘Amor Y Otros’, which drops kicks of profound depth against a stretched synth line which forms frozen chords like breaths of frost, it’s rhythms stopping and starting throughout; and ‘Want You To Be’ which betrays the artist’s current location of Berlin with deep, echo-laden riffs on top of a spring reverbed beat, accompanied by snatches of disembodied vocal. But every track shines in one way or another; there’s just enough variety to keep interest and make each one distinct. Clearly an artist with a lot to say, and a diverse range of language with which to say it, Simulat proves that progressing and diversifying your sound can sometimes be an emotional artistic statement all of its own.