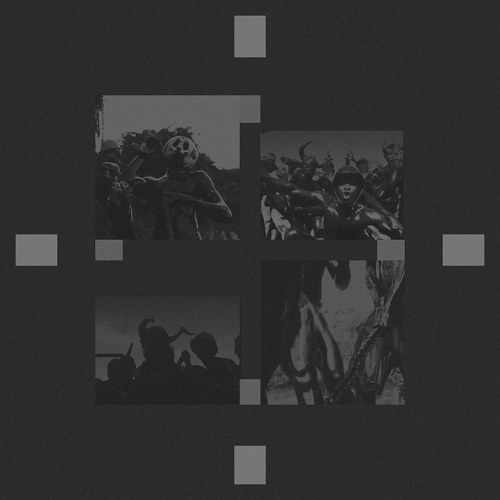 First, some context: After the emancipation of slaves in the South American island of Grenada, the newly freed men and women indulged in joyfully riotous behaviour at carnival, scaring the upper classes with wildness in the streets.

Bodies were coated in stale molasses, tar, grease, creosote or mud, horned helmets worn, manic torch-lit processions full of bellowing, drumming and striking of bells taken by night. This ritual, the Jab Jab (from the French﻿ “Diable” – devil), is still practised on the island today, a celebration of ancestral struggle each Spicemas carnival, regarded proudly as a unique cultural characteristic of the island. Now its menacing soundtrack has entered popular culture, as fledgling label Blank Mind has seized upon two of the genre’s popular anthems from 2010 to export to wider audiences in its debut single release.

Sandman’s ‘No Prisoners’ takes one side as a contemporary re-working of the Jab Jab’s “dark dance” reputation. Sounding very much like uptempo dancehall, rolling thick-skinned drums, organ and bells create a brooding, swinging 125 bpm groove, Sandman’s gutteral delivery grimly warning of the Jab Jab’s lack of compromise. The studio production of the regional instrumentation is similar to “Jafrican” dancehall cuts, especially Dolamite’s ‘African Oil’, and it is not hard to see why it would be popular through soundsystems. This clarity in both riddim and vocals means it lacks a certain something to make it genuinely intense in an experiential sense, but does nail a swagger and bravado similar to dancehall or hip-hop, albeit with an unusual and engaging historic context.

Adrian Lenz’s ‘Cover Me’ takes on a soca riddim by Tremor called Ol’ Oil, and arguably it is this track that makes the record essential. Lenz chats in energetic patois about a girl worried of being dabbed with oil during the Jab Jab antics. Furious marching snares, insistent whistles and horns accompany and, while similar to soca in pace and style, the instrumentation is again regional, more like dog whistles and conch shells than Jab Jab’s Caribbean cousin in Trinidad & Tobago. As Lenz moans low in his choruses about being covered over and over again in oil, soft, rich flute harmonies float perversely down over the raucous pulse to make something truly confusing, compulsive and lustful. A breathtaking song that certainly deserves wider recognition for its individuality.