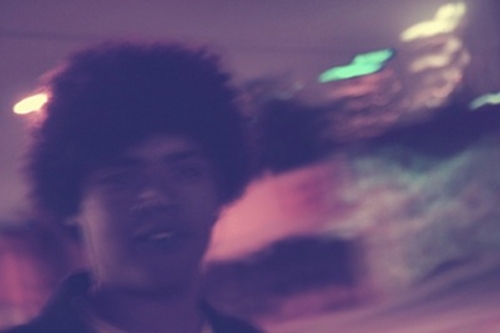 As previously reported, James Ferraro has recorded a new album for Hippos In Tanks entitled Far Side Virtual.

As followers of JF will know, he tends to release more albums in a year than most artists manage in a lifetime, but he’s been quieter than usual in 2011, focussing his energies into Far Side Virtual, which initial listens suggest will rank as one of the finest records of his career.

Part of the reason for this is the palpable change-up in what Hippos In Tanks call “fidelity, texture and sonic scope”; put simply, the sound of Far Side Virtual is markedly less lo-fi than Ferraro’s usual fare. Content and concept-wise, we’ll leave the pimping to the label:

“Far Side Virtual takes us on a dance through some enigmatic modern metropolis, through the spaces of our consumerism , down a street that could be your 5th Avenue or your Regent Street or your Shibuya Square, to some anonymous globalized space in a common augmented Utopia.  A cellular kingdom of fusion and virtual couture, a candy land of Utopias within a Utopia. iLand.

“What we find here is a work of pure modernism. a new index of futurism that abandons paranoia and anxiety for new thoughts on the dynamics between technology and humans, introducing us to a world of iPads and Augmented Humanity. A gesture towards a world gracefully empty of humans but filled with pure impressionistic beauty experienced through newly acquired appendages of the digital nature.

“With its swirly sound of new pop like concoctions and its zoo of modern chamber-like motifs, “Far Side Virtual” becomes a score to the saturation and decadence that has swept the face of post 2000 a.d. earth life.

“Far Side Virtual is simply a symphony for our new click-of-a-button mode of consumption. A restrained type of minimal pop that spins full blast on Carrie Bradshaw’s iPod. A must have on the MP3 player for those globalized citizens active in the world today.”

You can decide for yourself when the album’s released on October 25; primer EP Condo Pets is out now.