Meditation and more with Stefanie Franciotti, who just released an enchanting debut album on Hippos in Tanks 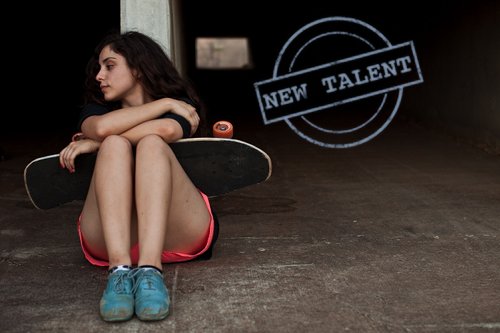 SLEEP ∞ OVER is the working moniker of Stefanie Franciotti, under which she makes slow-burning, lucid pop music.

You’d be forgiven for thinking you’ve heard this all before – probably because you have – but SLEEP ∞ OVER’s debut album Forever (released last week on Hippos in Tanks) is a cut above the majority of work from her supposed peers in the US underground; an oddly physical album that’s driven by deep drums and thick swamps of bass that recall groups like Earth before they do Washed Out. Add a touch for gorgeous, understated melodies, and you’re onto a winner.

From what I understand, SLEEP ∞ OVER was originally three of you, then it became a solo project. Was Forever already in conception then, or is this album all solo material?

“I was working on some of the tracks for Forever when they were still in the band, but at that point it was just me doing the writing. This album is all solo material”.

So were you always the key songwriter in the group? Tell us about the genesis of SLEEP ∞ OVER – how it started, how it developed and so forth.

“When we started I supplied all the instruments and effects, and just by virtue of the fact that I had more technical working knowledge in regard to the gear, I ended up with a major role facilitating the process of song writing. Ultimately, it just didn’t gel personally like it should have, so we went our separate ways and I ended up finishing the record on my own. I’m glad that things happened the way they did though, I feel like we all took a lot out of the experience and everyone has moved onto to be more productive and happier for it”.

How did you adjust from being part of a three-person group to recording solo? Obviously you’d have had to adjust on a practical level: is there less live instrumentation and more sampling, for instance, on the solo work?

“As far as the recording goes, I overdubbed all of the instrumentation – there’s actually much more instrumentation on this record than there was on anything that we did in the past. If anything, working in a solo role allowed me to go as deep into each song as I wanted without having to compromise or rush any of work put into it”.

So once it was you solo, do you feel like a different, or deeper side of you came out? Is there an element of self-discovery to the album?

“I think that would be impossible to avoid. I would say that the most challenging and liberating part of working solo was forcing myself to let go of the recordings and be done with it. I had to believe in what I was creating and finish it for myself, and that was honestly new for me. There’s definitely something to be said about forcing yourself to bust your own ass”. 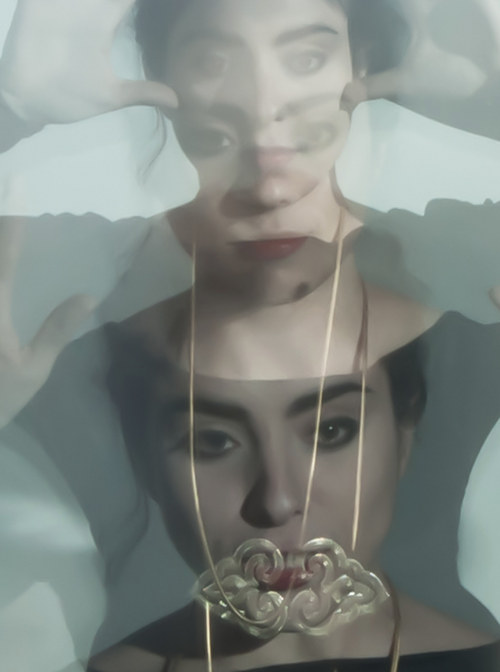 “However it is that my brain filters all the shit I like back out into the music I create is beyond me”.

There’s often quite a solid – in fact, usually pretty beefy – bed of drums to the tracks on Forever, and it’s one of the things that sets you apart from a lot of US artists making music in a similar vein, of which there are many. Is it fair to say there’s more of a physical, “body music” vibe to SLEEP ∞ OVER than of a lot of your contemporaries, and if so, is that a particular intention of yours?

“My intent was to make something that I enjoyed listening to. I wanted the drums to cut through, and other times on the record I wanted them to be more subdued. It’s all varied according to the mood of the particular song”.

Similarly, with those thick, deep amp sounds on ‘Crying Game’ and really long, stretched out notes on tracks like ‘The Heavens Turn By Themselves’, often the music on Forever reminds me more of acts like Godspeed You! Black Emperor or SunnO))) than it does the music you’re usually associated with – similar to how there’s a lot of subtle similarities to doom metal in Forest Swords’ music. What music particularly informs Forever?

“That’s not an easy question to answer. I listen to all kinds of music, and yes, I listen to some black metal. I really like Burzum and Lurker of Chalice, Earth, Bohren & der Club of Gore. But I also listen to classical music, freestyle, new age, italo, shoe gaze. Whatever, I’m a multifaceted human being and however it is that my brain filters all the shit I like back out into the music I create is beyond me”.

Sure, but there must have been certain things that particularly inform your music – be it artists, or experiences, or otherwise?

“I used that time period as somewhat of a mental/physical cleanse so to speak. I was reading a lot during the writing process, and I think that helped me. I read a lot of books on Taoism, The Seth Books, Saul Bellow, Rumi, Ram Dass, Wuthering Heights… I also took up meditating which had a very powerful and immediate effect on tapping into my creativity and energy. It just occurred to me that I was going on a raw diet the entire time I recorded as well; it didn’t last much longer than the actual process but I feel like it also had a huge effect on me”.

The lyrics are usually pretty hard to hear. Are there any particular subjects that the album deals with, lyrically?

“I don’t think the lyrics are heard to hear at all if you are actually trying to hear them. If I wanted to do non lyrical washes of vocals, I wouldn’t have spent the time writing lyrics at all, I would have just sang a bunch of ooos and ahhhs. I write about life, the situations I’m confronted with and how I get over it”.

The title Forever, the infinity symbol – there’s obviously a slight reoccurring theme here. Can you tell us more about that?