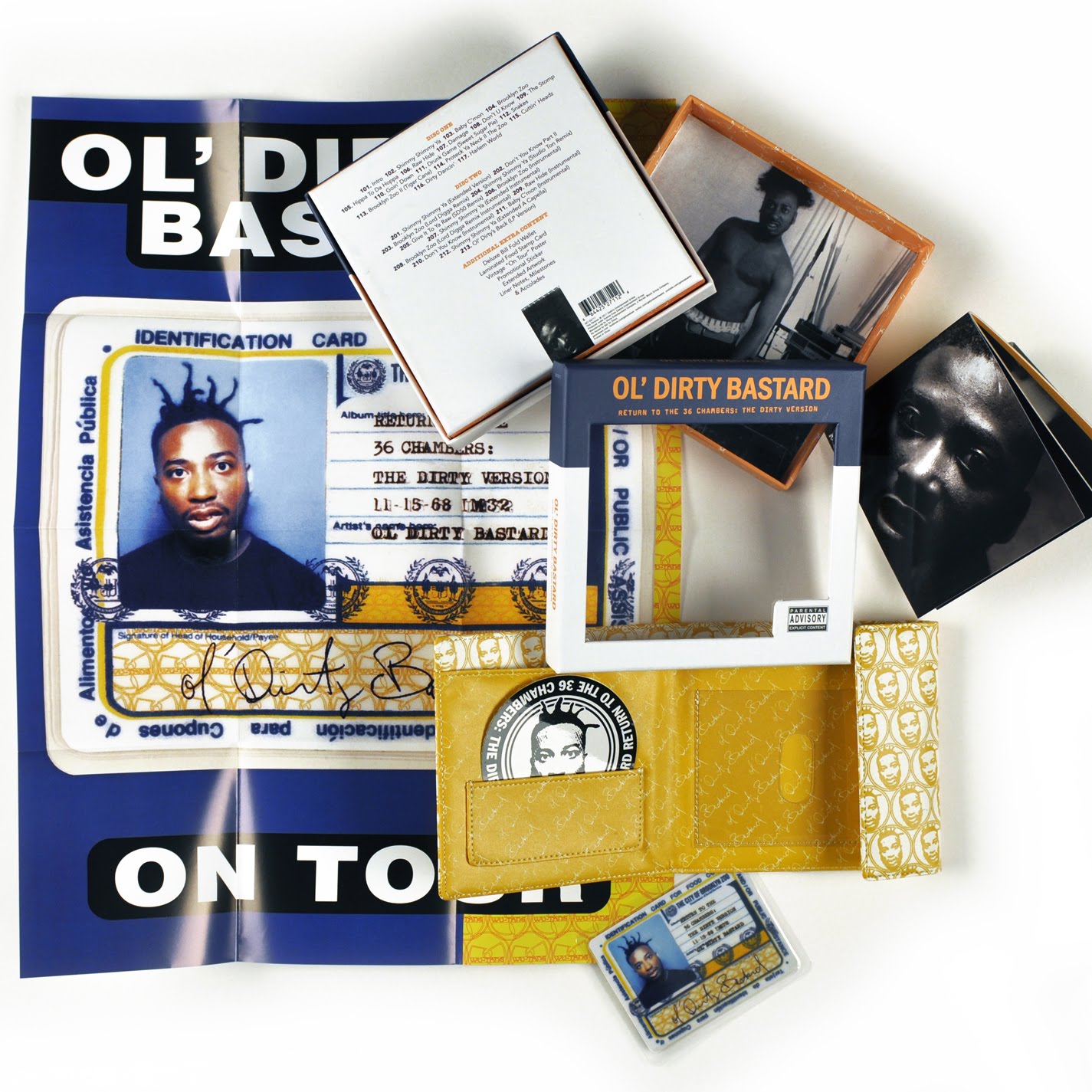 Ol’ Dirty Bastard’s debut solo album, Return To The 36 Chambers: The Dirty Version, is being reissued on November 22 in a unique box set edition.

Put together by boutique label Get On Down, the core of the new edition is a re-mastered double CD featuring the original album as well as remixes, acapellas, instrumentals and other rarities.  Also included, according to a press release, is “a vintage ‘On Tour’ poster, extended artwork, promotional sticker, detailed liner notes, and an exclusive billfold wallet, where you will be able to put your complimentary laminated Ol’ Dirty Bastard food stamp card. ”

“We all knew that if we were going to do this, we had to include a physical version of that card, there was no other way to do it,” says Get On Down’s Rob Reilly. “We really wanted the packaging to compliment the creative genius that is Ol’ Dirty Bastard.”

The album was originally released on Elektra in 1995. It was the second solo LP by a Wu-Tang Clan member, following Method Man’s Tical (1994). Production was handled for the most part by RZA (some of his most haunting, minimal and memorable work) with additional contributions from ODB, True Master and 4th Disciple. There are numerous vocal guests, including Wu’s GZA, RZA, Raekwon, Ghostface, Method Man and Masta Killa, but their turns are almost entirely incidental – the focus of the album is ODB’s own delirious, digressive and darkly humorous ranting. It’s a rap classic, end of, and the singles, ‘Shimmy Shimmy Ya’ and ‘Brooklyn Zoo’, should be familiar to all.

The Return To The 36 Chambers: The Dirty Version – Wallet Box Set will be available for pre-order at UndergroundHipHop.com, and more information and pictures can be found at GetOnDown.com.