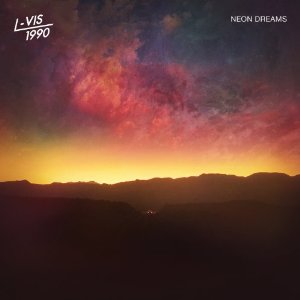 There’ll always be something to be said for ambition in dance music. Particularly in the UK, where artists are so ready to pull out the whole “I just make music for myself and if other people like it / if I make any money from it it’s just a bonus” card, some aggressive ambition – even some flagrant paper chasing – is something we could perhaps do with more of.

L-Vis 1990, it seems, has always had ideas beyond just being another cog in the UK dance music machine: even before the formation of Night Slugs, the club night (and then, obviously, record label) that he started with Bok Bok, he was playing live audio-visual sets beyond the scale you’d expect from an artist of his small stature, and he’d already released on Diplo’s Mad Decent label by the time Night Slugs became a label. Even once it had become a label, his one full release on it, the unashamedly poppy ‘Forever You’, stuck out like a sore thumb compared to the generally dark, mutated club tracks of Kingdom, Jam City and Girl Unit.

It’s been suspected for a while that L-Vis’s debut album, Neon Dreams, would be a poppy affair; signing it to the Island-backed PMR label simply confirmed it. But for me, the problem with Neon Dreams is that it’s not poppy enough. Had L-Vis gone all the way and made a Chemical Brothers / Basement Jaxx style pop epic, then the results could have been spectacular; sure, they still might have not sounded as good as some of the more underground music made by his peers in the UK, but you couldn’t have possibly knocked the guy. As it is, Neon Dreams feels torn between wanting to be big and wanting to be underground and authentic, and by and large, the results simply fall into that forgettable middle ground between the two.

Instrumentally, it’s a lovely sounding record – 100% produced on hardware, the synth tones sound lovely and warm, and the best compliment that you could pay them is that they suit the album’s artwork perfectly. But like the sunset on Neon Dreams’ sleeve, they also feel fleeting; never quite solid, and never sticking in your mind. Even when they build to crescendos, these moments feel uncomfortably restrained, like L-Vis constantly has one eye on the fact that he’s the co-head of a label adored by the underground, releasing an album that last year he’d described as “Night Slugs but made in Chicago in 1988”. I, for one, would have liked to see him look beyond the immediate options in terms of vocalists, and really go all out to make something monumental and memorable.