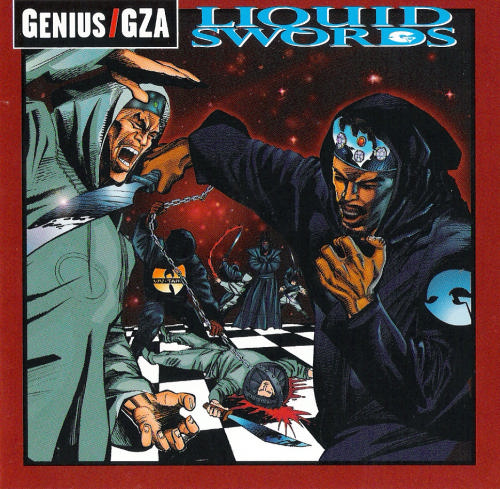 Update: Turns out that this actually isn’t the first time Liquid Swords has been pressed on double-vinyl; that part of the story appears to be an exaggeration from shops or the label.

One of the ’90’s greatest rap records, Liquid Swords, has been reissued on double-vinyl for the first time.

The second solo album released by GZA – a.k.a. Genius, the “head” of the Wu-Tang Clan”, Liquid Swords was considered a stand-out upon its original release in 1995, and the years since have seen it reach indisputable classic status. Although it’s a solo record, close to half the tracks are effectively Wu-Tang posse cuts.

This reissue comes courtesy of the Get On Down label, and sees Liquid Swords cut to double-vinyl for the first time, with audio remastered from the original studio tapes. It also includes a 24″ x 24″ replica of the original retail poster for the album.

Get On Down also recently announced this natty reissue of another Wu classic, ODB’s Return to the 36 Chambers.