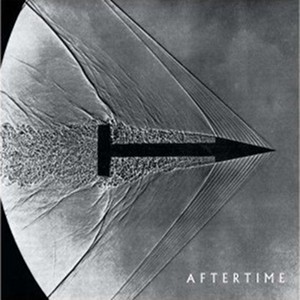 Confession time – I was never that into Vex’d. Sure, their industrial blast beats flirted with early period dubstep, and sounded great dropped in the mix, but despite the fuss I never really made it past the suffocating, claustrophobic fog that shrouded much of their material. Just as dubstep was opening up to space and light, the angular beats of Vex’d seemed like an enjoyable aside but not the way things were moving.

Fast forward and the split in the original project – whatever lies behind it – seems to have brought out the best in both former personnel. Jamie Vex’d/Kuedo in particular has been particularly busy, leaving erstwhile parter Roly Porter a little behind, with only a remix for Surgeon and this album to show so far. On the strength, however, of Aftertime, Jamie has a bit of catching up to do.

It’s interesting to note in a recent interview that Jamie feels that “Roly will always sound like Vex’d and will continue to do [so]”. This album – a breathtaking, evocative, highly experimental tour de force – is very far indeed from the sounds of their former group. There’s actually little bar the smothered hints of radio blast and beat-kick pushing out to draw attention to the origins of the sound. Instead, Porter has ploughed a deeper, more difficult farrow.

From the first drone of feedback opening the album, through the Ondes Martinot on  ‘Tleilax’ and the mournful strings that appear throughout, the mood is sombre. Throughout all the tracks, distortion is used not just as tool of aggression but as much for it’s harmonic dissonance; like labelmates Emptyset, upsetting the purity of bass-weight with beautifully jarring waves pushing against each other. The album as a whole sounds less programmed than composed; sharing as much in common with modern classical or the likes of a performer like the Icelandic Ben Frost, there’s no note, sound or rumble out of place. Porter has a cinematic sound designer’s ear for blending the traditional with the alien; the staccato voice on the beautiful, all too short ‘Kaitian’ that gives way into a chamber quartet, or the soft bell-like tones that are pushed aside on ‘Corrin’ to make way for guitar feedback, atonal bass and what could be metal skronk shorn of the power chords which eventually gives way to an anthemic single chord finale.

This is an astonishingly focussed and self-assured album, suggesting a composer who has spent years building his oeuvre rather than a newly solo artist dropping his debut. If this, and the preceding Emptyset album are anything to go by, then truly exciting experimental music – imbued with emotional resonance, and influences (soundsystems, pirate radio, hidden blasts of old Metalheadz records) which make it uniquely rooted in the UK and of its time – is only going to proliferate more and gain wider appeal. If this is what Porter can do on his first album, it’s fascinating to think what might come next. In the meantime, Aftertime is certainly one of the very best, if not the best, record that you will hear all year.