Sex, drugs and decay: Peter Care and Richard H. Kirk on the making – and re-making – of their Sheffield film noir.

The 1982 short feature – arguably the first, if not the last, instance of Sheffield film noir – is one of the great visual evocations of the UK’s post-industrial dysphoria, as poignant as Derek Jarman’s The Last of England and a good deal less trying. But while the action of Jarman’s apocalyptic masterpiece centered on London, Johnny YesNo is all about the North. Filmed largely in the Steel City – with a few external scenes captured in Manchester – its ambiguous but grimly compelling narrative follows our eponymous anti-hero through a neon-lashed nightmare world of sex, drugs and existential crisis. 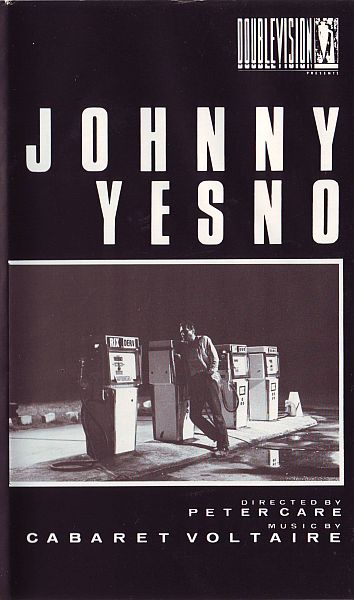 The film’s broodingly psychotic, morally compromised atmosphere is beautifully echoed and enhanced by its soundtrack, written and performed by Cabaret Voltaire. Care used portions of their The Voice of America LP in his rough-cut, before meeting Stephen Mallinder at an advance screening of Apocalypse Now and inviting the Cabs to create an original score. Impressed by Care’s imagery, Mallinder and Richard H. Kirk set about doing just that, and the results count among the most thrilling and prescient work of their career, bridging the paranoid bricolage of their early records and the increasingly minimalist, dancefloor-conscious rhythms they would come to favour in their next discrete stage of evolution.

But Cabaret Voltaire’s involvement in Johnny YesNo extended beyond their role as soundtrackers: they released the film on their own VHS label, Double Vision, a short-lived but seminal hub of guerilla film-making and mixed media mischief. While the OST album has remained available over the years, the film has never been re-released, or made it onto DVD. Until now.

Richard H. Kirk remixed the film’s soundtrack for a putative Mute reissue, and contacted Peter Care to ask if he’d like to create some new visual material to accompany it. Care, now based in Los Angeles and a successful director whose credits include videos for the likes of REM and Bruce Springsteen as well as numerous high-profile ad campaigns, decided that he would create an all-new version of Johnny YesNo – this time set in the Californian underworld.

You can judge for yourself whether the new Johnny YesNo matches the squalid power of the original when Mute release the Johnny YesNo Redux box set on November 14, a package which includes both films plus Kirk’s sensitively but assertively remixed score, and much bonus material besides. FACT spoke briefly on the phone to both Kirk and Care to find out more about Johnny YesNo and the conditions that gave to rise it, and to discuss their decision to re-make it. 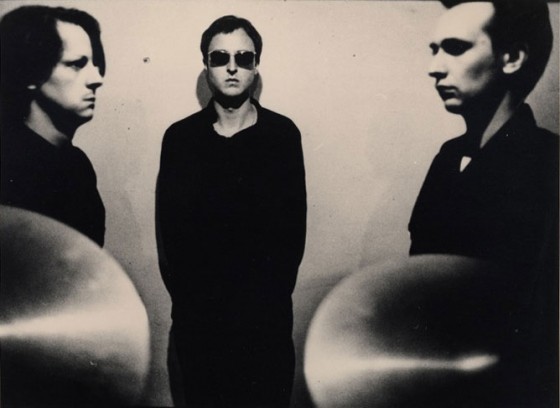 Richard H. Kirk: “I inherited a standard-8 camera from my father and had long been playing around with that, and from a fairly early point we began integrating visuals into the Cabs live shows, editing between two machines. It just built from there really.”

Why did you choose to start an independent video label rather than a record label? What were your hopes for Double Vision?

RHK: “Yeah, we had our own little cottage industry set up, where we were creating, dubbing, packaging and distributing the videos all from the local area. We went about as far as we could go without proper financing – we pushed it to the limit.”

Peter Care: “It was incredibly liberating to work Double Vision. It was kind of a cottage industry, they released a lot of video tapes in a short space of time. It was really part of something pioneering, the democratization of film-making – I remember talking to Paul Smith, who was managing them and the label at the time, and he said that he got this call from the Virgin record store asking what’s going on, these Cabaret Voltaire VHS releases are outselling Siouxsie’s Greatest Hits or whatever! [laughs] Fantastic. Double Vision was basically a fuck-you to typically unadventurous industry. It was in an appalling state, the British film industry, it really was.”

“Double Vision was basically a fuck-you to typically unadventurous industry.”

The two best known Double Vision releases are probably Johnny YesNo and Double Vision Presents Cabaret Voltaire, but the output of the label was substantial and quite varied. I was intrigued to read about TV Wipeout, which I’ve never seen before – a magazine show of sorts?

RHK: “TV Wipeout was on a three-hour video cassette, but there was only one hour of content on it – the gimmick was, you know, you’ve two hours of blank tape to play with yourselves and use as you wish. It sounds a bit cheesy now, but it was quite radical then [laughs].

“It was like one of those things like Network 7 or those kind of music shows you used to get in the early 80s. A mixture of interviews, film clips etc. Because we working with Virgin at the time, we got access to Warhol stuff, and there was an interview with Bowie, some quite high-profile material.”


How many copies of these were you producing and selling? 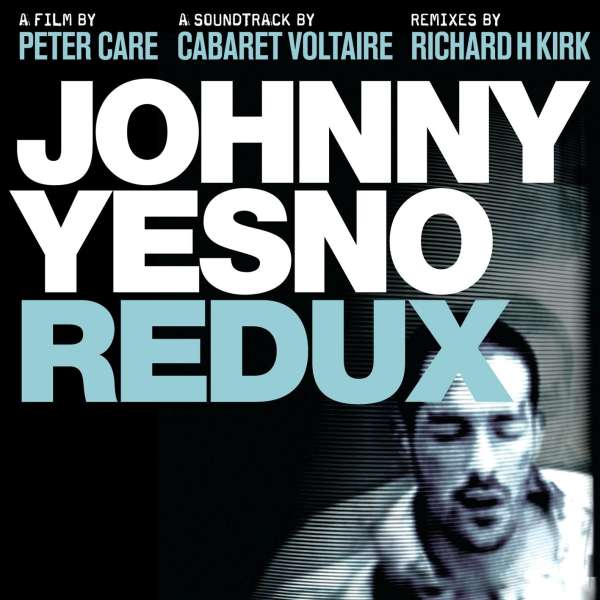 “I was fascinated anyway by the idea that you could make a film about psychology, as opposed to politics.”

“Cabaret Voltaire’s music had a cinematic quality to it, a richness.”

Was it a challenge to preserve the spirit of the original Johnny YesNo in relocating the action from Sheffield to LA?

PC: “There were more similarities than you might think. When I worked with Cabaret Voltaire Sheffield there were so many empty warehouses, it was the crappy side of the industrial landscape; well, there’s a lot of that around here in Los Angeles these days. The motel set in the new film, that was built many years ago by a guy who used to be a production designer on a lot of my music videos. I described to him what we’d been doing in the North of England and he understood; he was German and he had an instinct for it anyway, the idea of Americana seen through the eyes of a European. I live near Venice, and around there there’s a lot of seediness and back alleys and great lighting – it’s if these places have been lit for a film noir movie already.