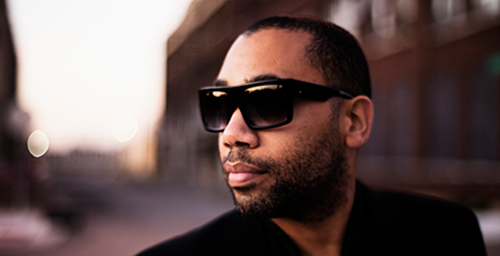 Carl Craig’s 2004 Just Another Day EP has been remastered and re-released, including a 2011 update of the classic ‘Sandstorms’.

In the words of Planet E – who are behind the release – label manager Monty Luke, the “interesting and sadly ironic thing about the release is that the cut ‘Sandstorms’ is about the second Gulf War. I say ironic because seven years later, we’re still at war in the region with no true end in sight.

“Also, if you look closely at the cover artwork, you’ll notice it also follows the theme of warfare. Each track sets a very distinct emotional tone. It starts out very high and even hopeful with ‘Twilight’, then descends into deeper, more morose feelings with ‘Sandstorms’ and ‘Darkness’, until it ends in sheer insanity/chaos with ‘Experimento’. You could say it mirrors the history of this country or even the city of Detroit. I’m not sure if that’s what Carl intended but as a listener, this is how I interpret it.”

The remastered Just Another Day features the EP’s four original tracks, plus Craig’s 2011 version of ‘Sandstorms’, and is out now. Unfortunately only a digital release is currently planned.