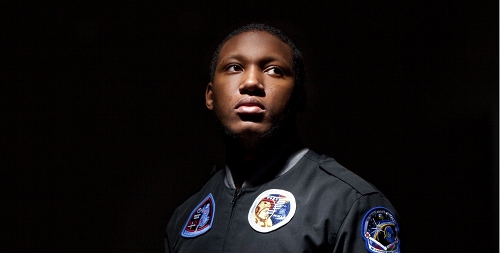 Joker‘s long-awaited debut album, The Vision, is released on October 31. But you can listen to it in its entirety right here, right now.

Arriving four years after the then 16-year-old Bristol producer debuted with his Kapsize EP, The Vision is anchored in the kind of bottom-heavy, purple-synthed production style that made the Bristolian an underground star, but it also makes a firm and credible bid for pop crossover success, aided and abetted by soulful vocal contributions from the likes of Jessie Ware, Silas and Joe Wilcox. The instrumentals ‘My Trance Girl’ and ‘Milky Way’ add some grit to the mix, while the MC-laden ‘Back In The Days’ and ‘Lost’ showcase our man’s love of slicked-out US R&B and ruffneck UK grime alike.

Listen to it all: