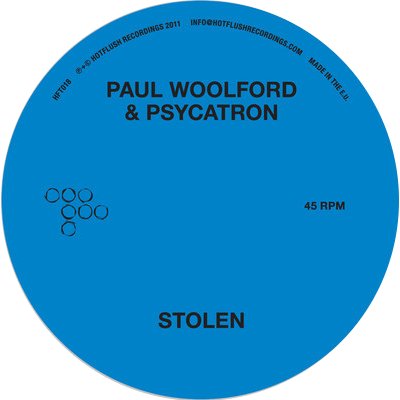 Paul Woolford’s comeback – as Resident Advisor speculate, possibly the comeback of the year – has been one of 2011’s most rewarding stories.

The Leeds house veteran’s 2011 work has already marked some of his best ever music, but ‘Stolen’, a new collaboration with Planet E’s Psycatron on Hotflush might just top the lot. It’s so big it sounds like it exists on its own planet, with rampaging broken drums, acid basslines and some incredible moments of intergalactic ambience all having their moment across its nine minute course. Hotflush’s label boss Scuba already tried hard to go larger than life this year with ‘Adrenalin’, but ‘Stolen’ isn’t even in the same solar system.