Life according to… Danny Brown 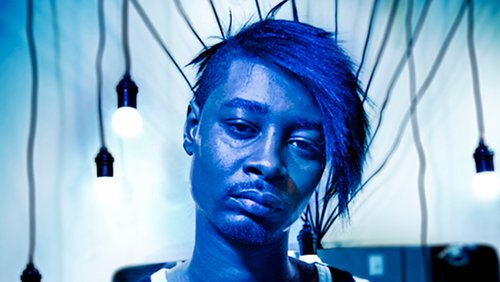 Life According To… is a feature where FACT’s favourite artists fill us in on their childhood dreams, biggest regrets and more.

The first album I ever bought was… “Kid n Play’s 2 Hype.”

The last album I bought was… “Tyler, The Creator’s Goblin… Like everyone else I was caught up in the hype [laughs]”

The biggest thing I’ve learned since turning 30… “Is that the phrase ‘he’s in his own world’ is true. Everyone’s world’s different from the next man’s, and you can customize it to your liking. Now that I know that I’m thoroughly enjoying myself.”

I still feel like an underdog… “I mean, there’s still a lot more popular rappers that don’t rap as good as me.”

My best quality is… “Obviously my sense of humour.”

My worst quality is… “Obviously my abusive personality.”

Fools Gold is a label that I was huge fan of… “And I’m super honoured to be involved. It pretty much was my manager Emeka, he already had a relationship with him and the rest is history.”

My biggest mistake was… “Selling drugs.”

The most significant thing I learnt from dealing was… “How to save money.”

I don’t think I’d ever leave Detroit… “Michigan’s affordable. I’m not tryna pay a million bucks a month to live in a shoe box.”

My current haircut is… “Just one side shaved. My brother cuts my hair.”

As told to Chris Campbell