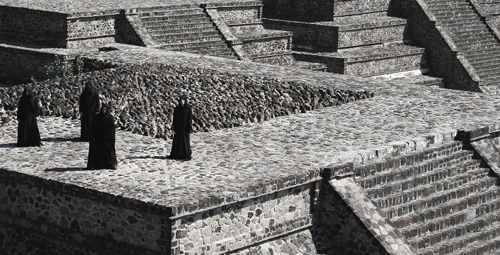 Sunn 0)))’s acclaimed second album, ØØ Void, is to be reissued on vinyl and CD by Southern Lord on November 28.

Recorded in 2000 (or thereabouts), this LP – which has been out of print for eight years, and is a fan favourite – saw Sunn’s core members Greg Anderson and Stephen O’Malley joined by bassist Stuart Dahlquist (Burning Witch, Goatsnake); additional contributions came from violinist/vocalist Petra Haden (Queens of The Stone Age, Foo Fighters) and vocalist Pete Stahl (Scream, Wool, Goatsnake).

The writing process differed to that used on other Sunn LPs. O’Malley, Anderson and Dahlquist each brought a well-honed solo composition of their own – ‘Ra at Dusk’, ‘NNo))’ and ‘Richard’ respectively – into the studio for the band to master and record “on the spot”. The fourth song on the album, ‘Rabbits’ Revenge’, is a cover of a little-known Melvins song. ‘Rabbits’ Revenge’ was never actually studio-recorded by the Melvins; Sunn had to work from a live tape Anderson had of the band performing in Seattle in ’85.

ØØ Void was produced by Scott Reeder (The Obsessed, Kyuss, Goatsnake), and released on Hydra Head in the USA and Rise Above in the UK and Europe. It’s been out of print since 2003, though in 2008 it was reissued in Japan on Daymare Recordings, with a bonus disc of remixes from Nurse With Wound. The new Southern Lord reissue of the original album coincides with the release of a  separate vinyl edition of the NWW remixes on Ideologic Organ, the Editions Mego sub-label curated by Stephen O’Malley. 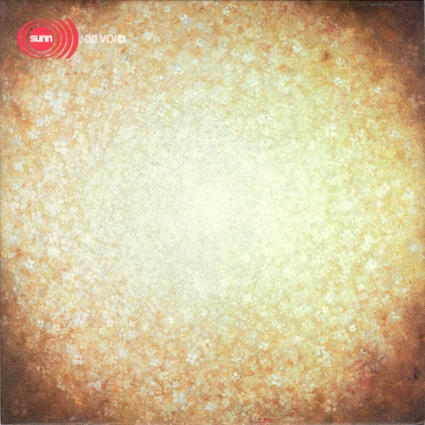