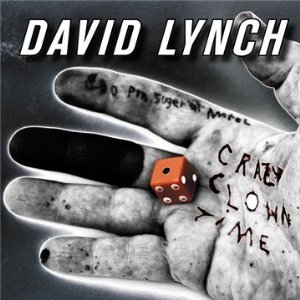 Even if you found it wretched, you had to admit that David Lynch’s “debut solo single of electronic pop”, ‘Good Day Today’, was a surprise. Lynch has been involved in various musical projects over the course of his career, numerous and fine enough for him to warrant a less pejorative epithet than “dabbler”. The thing is though, virtually everything else he’s recorded to date has been about atmosphere, about melancholy and texture and a kind of nocturnal wonderment. Gothic, for want of a better word. ‘Good Day Today’, by contrast, was almost insufferably sunny, sparky and, well, straightforward.

The director’s first foray into sound remains his most unique: the creation of the score for his debut feature, Eraserhead, with Alan R. Splet. A suite of industrial concréte – grinding, metallic, unforgiving – it remains something of a one-off in his catalogue. He produced and co-wrote violinist Jocelyn Montgomery’s forgettable, and duly forgotten, Lux Vixens album in 1998, and teamed up with Marek Zebrowski for 2007’s eerie ambient workout Polish Night Music, a companion of sorts to Inland Empire. That same year he created The Air Is On Fire – sound for a multi-channel, interactive installation in France, documented in part on a CD of the same title. Then of course there are the countless co-productions credits on his own TV and movie soundtracks: Wild At Heart, Mulholland Drive, Twin Peaks and the rest. The Twin Peaks soundtrack in turn gave rise to a spin-off musical relationship with ethereal torch-singer Julee Cruise; her albums Floating Into The Night (1989) and The Voice of Love (1993), large portions of which were written and produced by Lynch, can’t conscionably be called classic, but some of their songs, particularly those heard originally in the otherworldly context of Twin Peaks – ‘Mysteries Of Love’, ‘Falling’ and ‘Questions In A World Of Blue’ – are just devastating. More recently there was Dark Night Of The Soul, a team-up with Danger Mouse and Sparklehorse; its title is as good as a description.

‘Good Day Today’ stood out because it differed so much in tone from the usual Lynch fare. This wasn’t a side of the Missoula, Montana native that we recognised, and though most real fans of his work were understandably perturbed by the shift in register, it was impossible not to be intrigued. When Sunday Best announced that they would be releasing an album of this stuff, imaginations ran wild.

Now that album, Crazy Clown Time, is here, and, despite its title, it’s no barrel of laughs. The music contained within bears little resemblance to ‘Good Day Today’ – apart from the track itself, of course – and is far more in line with the dark involutions of, well, pretty much everything that preceded it. On the one hand this retreat into the familiar is reassuring – proof that Lynch isn’t going to stop making movies and move to Ibiza to munch Es and make trance instead – but it is a retreat. When you get down to it, there’s nothing very intriguing about this record at all.

The opening track, ‘Pinky’s Dream’, features vocals from incorrigible networker Karen O, and has a tense, restrained drama to it: imagine Kate Bush running up that hill in Ghostwood forest, pursued by Chromatics. The problems come when Lynch himself starts to sing – I say sing, but there’s a veritable brick shithouse of processing, distortion and vocoderization between what comes out of his mouth and what you hear on record. Quirky in small measure, this wanton and unimaginative vocal manipulation soon becomes tiresome, making some otherwise deliciously gloomy and engrossing tracks sound irrecoverably artificial and twee. The exceptions are ‘So Glad’, where the interference is minimal, and Lynch’s natural voice is exposed in all its thinness and frailty – it’s the best track on here – and ‘Strange And Unproductive Thinking’, where any pretence to natural sonority is jettisoned in favour of shameless, ‘O Superman’-style robo-speak.

Angelo Badalamenti wasn’t involved in the writing or making of this album – Lynch’s chosen collaborator is one ‘Big’ Dean Hurley – but his influence looms large throughout. The sound that he and Lynch perfected for Twin Peaks, replete with heavily reverbed guitar licks, airy synths and boogie-woogie or lounge-jazz rhythms slowed to opium pace, is really the bedrock of Crazy Clown Time (‘The Night Bell With Lightning’, for example, is basically ‘Audrey’s Theme’ Pt. II). More interestingly, and given Badalamenti’s absence, you can look at it the other way: that Lynch deserves more credit than he’s usually given for developing that iconic Twin Peaks sound.

Crazy Clown Time is solid, more involving than most albums released this year, but it’s not dynamic enough to really excite: the title track, which sounds better than I remembered, if no less trivial, and the quivering ambient closer ‘She Rise Up’, are the only pieces that break up the prevailing mood: nocturnal, verging on soporific. It’s music designed to be evocative, but it evokes very little; it’s a soundtrack in search of a film. I hope he gets around to making one of those again soon.