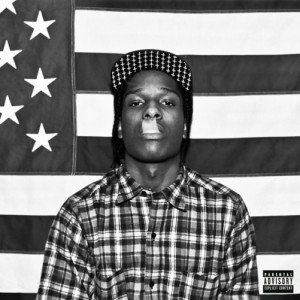 For a rapper belonging to a crew named A$AP, Rocky’s rise to rap semi-stardom has been appropriately rapid and abrupt. From being quietly touted on rap blogs to signing a mega-lucrative deal with RCA last month, this native son of Harlem has exploded onto the scene in a manner seemingly befitting of the “saviour of New York rap” that he has, in some circles, been branded with. Of course, anybody who has heard Rocky’s music will know that, while it contains a certain amount of New York influence (particularly from Harlem’s crooning goon-rap king Max B), its dominant flavour is Southern, particularly the slowed-down and drank-drowned crawl of Houston’s DJ Screw’s mixes, and it’s worth remembering that Rocky first came to widespread attention through the YouTube video for ‘Purple Swag’, a sluggishly-strung homage to Paul Wall’s Houston classic ‘Still Tippin’.

That a rapper hailed as bringing New York rap back into the spotlight is so steeped in the music of the South really tells you where relevancy is now being more and more greatly dictated: the pan-regional internet, where anything from anywhere is up for grabs. To be successful on the internet is as much a matter of being visible as anything else, and Rocky has come to widespread attention mainly through a pair of YouTube video singles (‘Purple Swag’ and ‘Peso’). The most talked-about image in either video was of a blonde girl with gold fronts mouthing the word “swag”, but Rocky’s own swagger was also much in evidence on both videos; the self-described “pretty motherfucker” dressed in hip clothing, strutting (and leaning) his stuff. More than anything, Live Love A$AP, his first full release, seems like an attempt to prove that Rocky is more than just a pretty face, and it’s largely successful.

The production here is very motherfucking pretty indeed. King of “cloud rap”, and go-to producer for Lil B, Main Attrakionz and Soulja Boy, Clams Casino provides a good third of the tracks here, and seems to both define and exemplify the overall musical aesthetic of the mixtape as a whole. His beats – foggy, swirling soup-mixtures of sighing female voices, softly distorted samples, ambient atmospherics and quietly crunching drums – feel at once light, ethereal and soaring, and gritty and swampy, dripping with a sludgy tactility. The other producers here, including Spaceghostpurrp, Beautiful Lou and Burn One provide a similar sample-heavy mixture of melodious soulfulness and rough-and-raw griminess, resulting in a staggered wooziness that further establishes the South’s influence on Live Love A$AP.

As for the star of the show, he’s sometimes in danger of being outdone by his producers. Although confident and technically competent, he is, considering the hype around him, a somewhat anonymous presence on the mic. While his lyrical themes are (predictably and forgivably) generic, his rap style is more sub-generic. Whereas other recently hyped rappers like Tyler the Creator and Danny Brown stand out as distinctive and original voices, Rocky’s “voice” at this point is more a menagerie of other rapper’s styles, and he tries on the flows of established legends (Three 6 Mafia’s DJ Paul, Bone Thugs N’ Harmony’s Bizzy Bone) like classic outfits. Unlike with the more free form, stream-of-consciousness rapping of fellow Clams Casino muse Lil B, there’s ittle sense of either self-definition or self-exposure in Rocky’s chameleon-like assumption of styles, with minimal content contained within.

Rocky pre-empts and dismisses accusations of swagger-jacking here, on ‘Leaf’: “They say I sound like Andre mixed with Kanye / Little bit of Max, little bit of Wiz / Little bit of that, little bit of this / Get off my dick”. In the same verse he talks about being tired of “jackers” and “hipsters”, and his use of classic rap styles certainly doesn’t come across as a cynical hipster’s cultural-grab-bag tactic. It’s more instinctive than that, the result of a lifetime’s exposure to and immersion in rap music which has left Rocky well-versed enough to be able to indulge in mimicry with a degree of cocksure and studied proficiency – though, granted, rarely virtuosity. He wears his influences visibly, but lightly. Those who don’t listen to much rap music probably won’t notice any of this going on anyway (or at least won’t care), and will be left with the ear-catching and energising effect of his rhythmic and tonal playfulness.

On Live Love A$AP, style is substance, and given the variety of influences very audibly at work here it’s perhaps surprising that the overarching style of the mixtape feels so… well, substantive. Rocky’s stylistic flexibility, his ability to slide rapidly but unobtrusively from flow to flow, from his ordinary pitch to a screwed-down slur, from rapping to singing, doesn’t come at the expense of coherence, and this integration extends, by and large, to the overall sound of the mixtape. Though unpolished and derivative, Live Love A$AP is a consistently entertaining and satisfying collection of tracks which suggests that, while he may not yet (or ever) be one to worship, Rocky will certainly be one to watch in 2012 when he releases his first album proper.