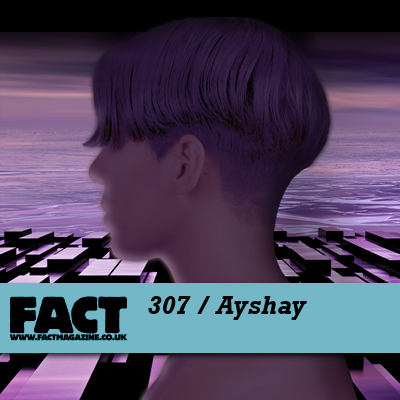 FACT, like all magazines, has been known to make outlandish claims at times, but trust us when we say you won’t hear another mix like this any time soon.

Ayshay is the recording alias of Fatima Al Qadiri. Based in New York, but born in Senegal and raised in Kuwait (according to a recent Fader interview, she then lived in eight cities before settling in Brooklyn), her debut EP Warn-U, released on Tri Angle this Autumn, is one of 2011’s most unique and unsettling records.

Inspired by Sunni and Shiite Muslim worship songs, Warn-U is built 100% from Al Qadiri’s own voice, re-pitched and manipulated to mimic everything from century-old ghosts to Autotune chart pop. For those who’ve followed her Global.wav column (and, sometimes, accompanying mixtapes – check the Muslim Trance one once you’ve listened to her FACT mix) for DIS magazine, it’ll make a little more sense: mainstream Western pop and Muslim religion and culture are two key constants in Al Qadiri’s frame of reference, and the music she records as Ayshay (Arabic for “whatever”) absorbs and rethinks both. It’s also worth checking the excellent EP she recently released under her own name, Genre-Specific Xperience.

FACT mix 307 is subtitled Ayshay’s ‘Surrender’ mix, and is dedicated to the Fade to Mind crew (Kingdom, Mike Q, etc), Dave Quam, Azizaman and DJ Rashad and Spinn’s Ghettoteknitianz clique. That, combined with the rest of this introduction, might make you think you know what you’re getting into – traditional Muslim song, ballroom house and footwork. Trust us, that’s not even half of it.