Autechre’s Lego Feet EP to be released on vinyl

Previously we reported that the rare debut EP by Autechre – long regarded by fans as the holy grail of electronica –  would receive a limited CD release for its 20th anniversary. The CD emerged this month, replete with bonus material. Now we’ve learned that the EP is going to be issued on vinyl too.

“Due to the amount of death threats, begging letters, and ransom notes… Legofeet – Ska001CD will be released on Vinyl in around 8 weeks.”

Produced by Rob Brown and Sean Booth under the name Lego Feet, which is also the record’s title, it was Skam Records‘ first release, issued on 12″ vinyl in 1991. Original copies are incredibly difficult to come by – there’s currently one on sale on Discogs for £300. Sonically it’s a close cousin to Autechre’s debut album, Incunabula, but with a crunchier sound, and one more obviously indebted to acid house. 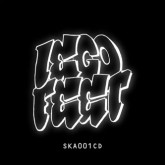