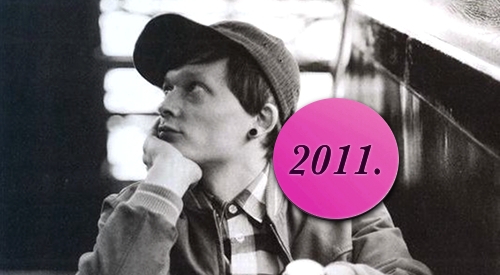 We’re extremely proud of our mix series here at FACT, and 2011 seemed, to us, to be its strongest year yet.

On top of hosting some of our favourite dance mixes of the year – shout to Objekt, Karizma, Blawan, Legowelt, Urban Tribe and many more – the FACT mix series also reached new levels of diversity, with ambient(-ish) sessions from Optimo, Global Communication and Blanck Mass, hip-hop from Clams Casino and some serious shows of crate-digging prowess from The Soft Moon and Xeno & Oaklander (have a look at the money that some of those records are trading for on Discogs).

On top of that, there were mixes you just wouldn’t get elsewhere: a typically demented session from the US underground’s king of twisted pop, James Ferraro, Stones Throw legend J. Rocc mixing up classic house, Goldie and Photek drawing for the classics, and contributions from some of the underground’s living legends: snd, Prurient, Current 93, 2 Bad Mice and Russell Haswell.

The 20 mixes that follow however, represent both the diversity of the FACT mix series and our most played sessions of the year. If you’re unfamiliar with the series, then this is the best place to start. Thanks to all who contributed.

19: FACT Mix 270: The Horrors by Fact Mix Archive on Mixcloud