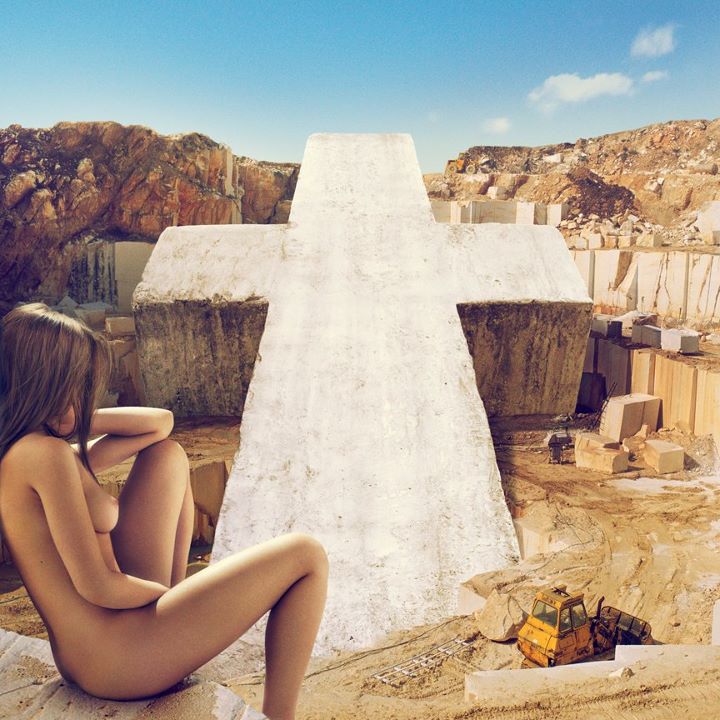 If you want to offend sensitive souls with your cover art, depicting a naked girl at the foot of a cross, hand placed suggestively between her legs, will do the job.

That’s exactly what Justice have done for their new single, ‘On’n’On’ (which comes backed with a Rick Rubin remix). The revelation of the sleeve design on Facebook has apparently prompted a number of complaints from the band’s fans, leading to the removal of the image by the powers that be. Ed Banger Records boss Pedro Winter posted the following response on the label’s FB page:

For some reasons, some of our “fans” complained about the nude girl on the Justice new single cover…. Facebook deleted the photo and sent me some warnings emails…
Let’s play a new game my friends, please oh please stop following us, let’s get less fans, we don’t need you here. It’s time to make a choice, if you don’t trust us, you should not waste your time with such a shitty label right ? To the other ones, those who are following us since day one, those discovering us now, let’s stay strong, ED REC is soon 9 years old, thanx to you.
P.