Drexciya: Journey Of The Deep Sea Dweller I 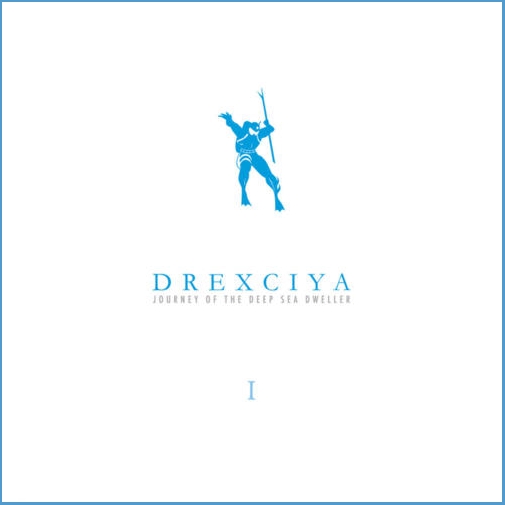 You’ve heard bits and pieces of Drexciya, you grasp their importance, but you feel guilty: you don’t really know Drexciya’s music, and you should. But where on earth do you begin? To call their catalogue sprawling would be an understatement – at times it seems as vast and forbidding as the oceans that inspired them – and most releases in it are, these days at least, hard to obtain at a reasonable price.

Clone Records’ Journey Of The Deep Sea Dweller I is the answer, or the beginning of an answer. The first of four planned selections of James Stinson (R.I.P.) and Gerald Donald’s early work, it’s affordable and feels authoritative, taking us right back to the start of the Drexciya story. We’re talking the early ‘90s, long before they became an established part of the canon, when they were regarded simply as one of the most exciting and mysterious of the numerous techno acts then coming out of Detroit.

You get 13 tracks culled from Deep Sea Dweller (Shockwave, 1992), Bubble Metropolis (Underground Resistance, 1993), Unknown Aquazone (Submerge, 1994), Aquatic Invasion (Underground Resistance, 1995), The Journey Home (Warp, 1995), The Return of Drexciya (Underground Resistance, 1996) and The Quest (Submerge, 1997).  Purists have expressed their dismay at Clone’s choice to pick and choose, then “jumble up”, tracks from those seminal original vinyl releases, but when you sit down and listen without prejudice, this editorial strategy makes perfect sense. Journey Of The Deep Sea Dweller I feels less like a dry act of historicizing, and more like the ultimate early Drexciya mixtape, compiled responsibly, but with plenty of character, by their biggest and most discerning fans (Serge, Klen and their cohorts at Clone). The sequencing works beautifully.

Drexciya were capable of harnessing an overwhelming dark energy in their music, but the music itself was never dark in the purest sense. There was always light, even if at times it was just moonlight reflecting off black water. More importantly, there’s a sense of wonder, of exploration, and I suppose escapism to all their tracks, nowhere more so than on ‘Welcome To Drexciya’, which opens this new compilation. Its gelatinous arpeggios and space opera chords really feel like an invitation to a world beyond conventional understanding, filling you with trepidation and excitement alike. ‘Wavejumper’ makes clear the central debt to Kraftwerk, while the groovy dystopias sketched out on ‘Bubble Metropolis’ and ‘Lardossen Funk’ fuse, just as Juan Atkins did with Cybotron and Model 500, European electro-pop tropes with a black American P-funk sensibility. The insistent arcade game synth motifs and booty-shaking bass that abound on these two tunes would quickly become unmistakeable hallmarks of the Drexciya sound.

Drexciya’s association with the “aquatic” isn’t restricted to their choice of imagery and titles; Journey Of The Deep Sea Dweller reminds us just how “aquatic” their sonic make-up was too, particularly on the hydraulically pumping ‘Aquarazorda’ and gravely mystical ‘Beyond The Abyss’. The wetness of the synth lines is always contrasted with, and therefore exaggerated by, the driest drum machine hits imaginable. Play this music to a child and I guarantee you that words like “underwater” or “sea” will figure in their response. Well, I think so. They might just freak out, or be completely disinterested.

Of course, with all this engaging of the aquatic imagination, It’s tempting to treat Drexciya as strictly head music or audio science fiction and forget how rudely effective their material could be on the dancefloor: techno certainly doesn’t get much better or more direct than ‘Sea Quake’, while ‘Darthouven Fish Men’ has all the wild, insouciant energy of an early Jeff Mills production. Stinson and Donald were more than capable of taking things down a notch too, as on the mid-paced electro-funk of ‘Dehydration’ – aptly named, as it really does sound sticky, clogged, in need of a drink.

Drexciya are so often name-dropped and paid lip service too, but I hazard that they’re not listened too anywhere as much as their posthumous status would suggest, partly because of the inconvenience of getting hold of the records. That inconvenience is a thing of the past, thanks to Clone, who are now making it easy for you to properly acquaint yourself with this seminal body of work. It would be rude not to take the plunge.