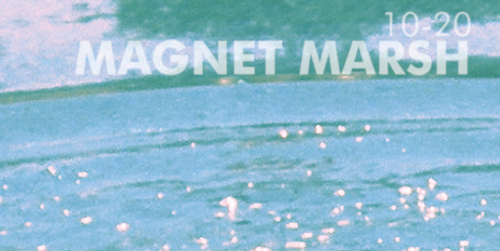 Based in Devon, we first came across 10-20 in 2009, with the release of a stunning self-titled album on the Highpoint Lowlife label. He followed that with a series of geographically inclined EP releases (titles included Mountain, Lake, and so on), but since then has been quiet. This, we believe, is his first release since.

The Village Orchestra’s broken_20 label will be releasing Magnet Marsh on cassette and digital; you can stream some impressive sounding clips below.