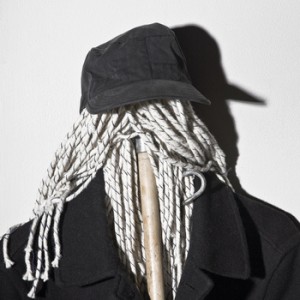 The internet, or at least one fetid pocket of the internet, went nuts when Man With Potential, the latest album by Pete Swanson, emerged late last year. The reason for the excitement? It appeared that Swanson, a deft and always compelling purveyor of droning psychedelia and shark-toothed but emotive noise – both solo and as lynchpin of Yellow Swans – had GONE TECHNO.

2011 was no stranger to artists from the US noise underground playing with dance music tropes. Perhaps this new wave was a natural reaction to all the beatless synth-drift and neo-kosmische that had previously emerged from the same scene (or network of scenes) and grown very boring, very quickly. Beyond that, there’s nothing particularly unified about this new wave: while the flip Chicago pastiches of, say, the 100% Silk label feel like what was always going to happen once people’s first point of contact with dance music heritage became the YouTube rip rather than the dancefloor or record store, Swanson’s embracing of the 4/4 thump on Man With Potential – not to mention Container’s similar approach on his less satisfying 2011 full-length – feels like a considered strategy for shifting and expanding the psychedelic scope, and impact, of his art.

Though it might be “well-timed” in light of concurrent developments and fashions, one can instinctively tell that Swanson has reached this point by his own methods, and at his own pace. ‘A&Ox0’ sounds most obviously like the Swanson of yore, its rushing 4/4 momentum palpable but entirely subordinate to a wall of pensive, mid-range distortion. The title track is perhaps the most impressive piece on here, its sighing pads and jack-hammering, industrial-strength beats only just audible through the blizzard of wild electricity, and all the more heart-rending for it.

‘Misery Beat’ opens the album, driven by a kickdrum of Millsian velocity, drizzled with electronic bleeps and bloops that feel like a radiophonic experiment gone awry. Noise might not be about detail or rigorous design, but like the best techno it’s partly about the command of space – and though they might sound crude on first listen, the compositions that comprise Man With Potential are beautifully weighted and, dare I say it, “arranged”. This is particularly the case on ‘Remote View’, which clashes swirling, elegiac strings (echoes of GAS) with pounding kicks and flying synthetic sparks, while still leaving the listener an enormous amount of space to think, and to feel. It’s at once narratively taut and meditative, and it wouldn’t be unfair to liken it – in this respect at least – to the expansive dub-techno vistas mapped out by Chain Reaction’s Porter Ricks and Fluxion in the mid-90s.