Blur reunion? “It can’t just be a casual thing” 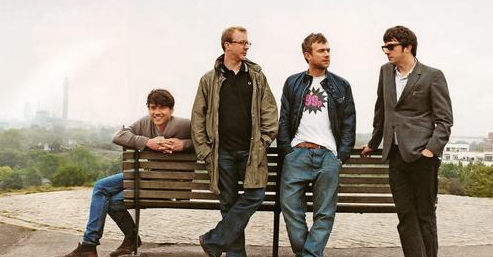 In the new issue of the NME, out today, Blur talk – or rather, talk around – their plans to record new material together.

Damon Albarn, Graham Coxon, Alex James and Dave Rowntree have already confirmed that they’ll be reuniting to perform at the 2012 Brit Awards, taking place at London’s O2 arena next month, when they’ll be accepting this year’s Outstanding Contribution To Music Award.

Albarn has previously said that Blur have been toying with the idea of an annual reunion gig, “Madness-style”, but Graham Coxon, speaking exclusively to NME, sounds sceptical: “I’m not sure we’d be satisfied doing a circus every year.”

Coxon goes on to reveal that the band meet up regularly to “have a little bit of a bash about”, but that this has not been happening with a mind to seriously recording new material.

“If Blur record anything that’s gonna be taken seriously by us four,” he says, “it can’t just be a casual thing.”

Alex James seems more optimistic about Blur working together again in the studio, but suggests that the results might not take the form of an album.

You can read the full feature in the current (January 14) print edition of the NME, out now.