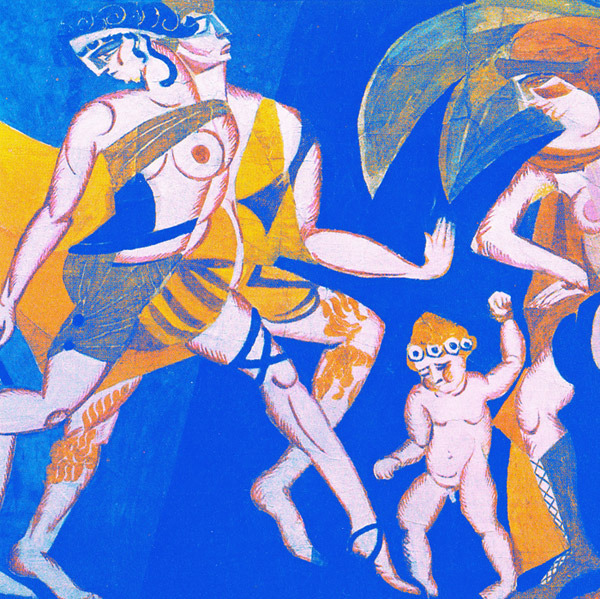 Chances are you’ve had it up to here with contemporary bands aping the skinny post-punk sounds of early Cure, Joy Division, Savage Republic et al. Nonetheless, we recommend you make space in the new-new-wave section of your record collection for Horrid Red’s latest LP.

Celestial Joy, out now on deluxe vinyl courtesy of Italy’s Holidays Records  – and also available to buy digitally, via Bandcamp, here – is an absolute delight, seemingly steeped in the influence of the aforementioned bands, but with an energy and darkly romantic charm all its own. It’s a notable departure from the sound of Horrid Red’s previous offerings, the excellent but sometimes suffocatingly downbeat, no-fi Empty Lungs (Holidays 12″, 2010), Pink Flowers and Silent Party (both Soft Abuse 7″s, 2011).

Holidays’ vinyl edition of Celestial Joy is limited to 400 copies; a US vinyl pressing from Terrible Records is coming soon, as is a cassette edition from Brave Mysteries. You can stream the whole album via the Bandcamp player below.