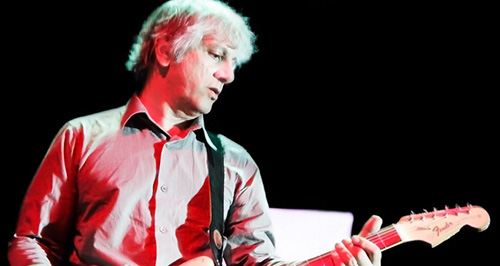 Sonic Youth guitarist Lee Ranaldo will release his first “proper, song-oriented” album this March, Between the Times and the Tides.

Ranaldo has of course released a multitude of non-Sonic Youth albums in his 20 year plus career, both solo and collaborative (with William Hooker, My Cat is an Alien and Jim O’Rourke and more), but they’ve tended to be on the experimental / improvisational side, and so Matador – who’ll be releasing Between the Times – are billing it as his arrival as a fully-fledged solo songwriter.

“Ranaldo’s trademark alternate-tuning guitar work is at the forefront, but it is amplified by brilliant lead-work from Wilco’s Nels Cline on every track. The all-star lineup also includes Sonic Youth’s Steve Shelley on drums, Alan Licht on guitar, and John Medeski on keyboards. There are also cameos from original Sonic Youth drummer Bob Bert and producer and instrumentalist Jim O’Rourke”.

A track from the record, ‘Off the Wall’, is available to hear on Matador’s blog. Sonic Youth’s future as a band meanwhile, appears in the balance following the divorce of key members Thurston Moore and Kim Gordon.